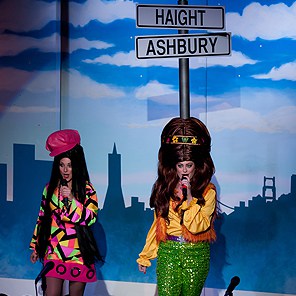 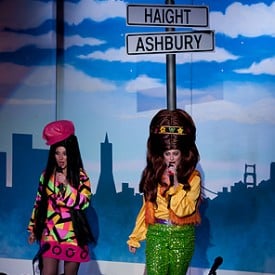 Steve Silver’s Beach Blanket Babylon, the world’s longest running musical revue, is proud to present a sign language interpreted performance for the hearing impaired on Sunday, July 25 at 5 p.m. Using their hands, bodies and facial expressions, American Sign Language (ASL) interpreters Michael Velez and Sherry Hicks will translate the spoken and musical parts of the show into signs and rhythms. The interpreters will be placed on the main floor and will have separate lighting, which will enable the audience to see them during low light moments.