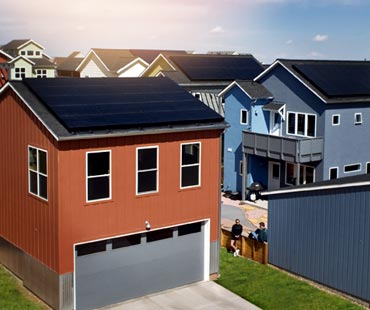 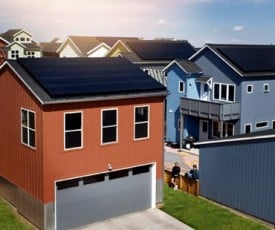 SunPower announced this morning that a Southern California home builder in including solar panels in all new homes it builds. In the Bay Area there are also some developments that do the same way, perhaps to differentiate their product, or entice in a slow market with yet another “freebie” upgrade. But the whole thing got me wondering.

Shouldn’t every newly constructed single residential home in the United States be mandated, by law, to have solar panels?

The additional expense should be subsidized by the Government partially. Critics will charge that this would be yet another burden on the Government, that is already knee deep in social programs, not to mention the costs of war. But I’m guessing there is some model that could be figured by people much smarter than me that would net some sort of win. The consumer saves on utility bills. The environment wins – presumably.

In one scenario, the Government could win also, by tying the rebate/incentive to U.S.-based manufacturing facilities only.

Federal tax credits do exist (up to 30%), although, like hybrid vehicles, they’ve been scaling down over the past few years.

But I can’t see why every home should not be harnessing the sun. Those large, and often expansive, rooftops seem like such a waste, soaking up untapped power in the form of natural sunlight, which is available in some parts of this country almost year round.

I know there are plenty of administrative hurdles to overcome for such a program. With all the capability this country has in the form of science and innovation, it just makes me scratch my head and question why we’re not further along down this path already.