Set in a whimsical tent along San Francisco’s waterfront, Teatro ZinZanni is an outlandish evening of European Cabaret and Cirque paired with a five-course gourmet dinner. The jokes start raunchy and tumble downwards from there with Caesar (Frank Ferrante) and Madame ZinZanni (Liliane Montevecchi) leading the way. It is no wonder that what started as a temporary set up 10 years ago, is now a permanent fixture that has endeared itself to both locals and visitors.

Who is the woman behind the flamboyant costumes that adorn all the performers?

With the latest production, Love, Chaos and Couture, I met up with Beaver Bauer, the costume designer behind all the extravagant costumes of every production since Teatro ZinZanni’s inception in San Francisco.

Stepping behind the glitz and glam of the lobby area, I venture down a narrow hallway where cast members were rehearsing before showtime. Beaver’s costume workshop is unmistakable. The walls are brimming with fabric, spools of thread and feathers. 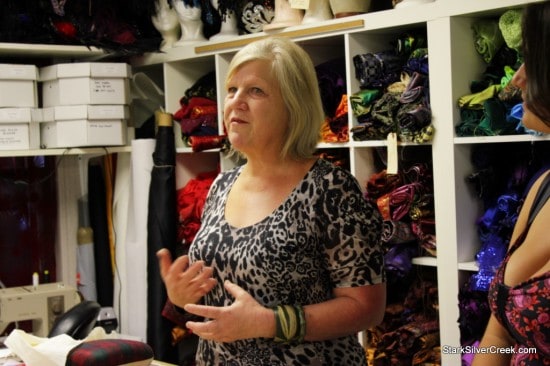 What I enjoyed most about the discussion with Beaver was how down-to-earth and unedited she is. Sometimes, I interview people and it becomes very apparent they have been media trained with three messages that form their stump speech. It doesn’t matter what question I ask them, the answer always comes back to the rehearsed and bland lines. 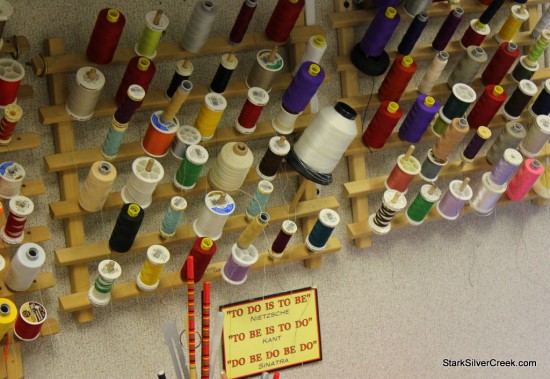 With Beaver, like her costumes, the discussion is full of color and surprises. Nothing is off-limits.

The conversation moves from the differences between designing clothes for the performers in Teatro ZinZanni versus actors in a play for ACT (American Conservatory of Theater), which she is also a costume designer, to the particularities on famous skater had about the fit around his balls.

On the former topic, Beaver notes that unlike costumes for ACT where the prime consideration is the work and authenticity to the vision of the playwright and director, with Teatro ZinZanni, the costumes for many of the performers must also allow for their personal brand.

Many of the performers have a fan base that identify with a certain look or act which the performer wants to maintain. There is also a lot of acrobatics and other superhuman feats that must be performed in a Teatro ZinZanni production that requires meticulous consideration for function and movement. Having said that, the latest production by ACT, ‘The Tosca Project’ had quite a number of elaborate dance numbers requiring consideration of movement as well.

On the latter topic, let’s just say there is a high degree of accuracy that goes into the custom fit so that performers can move but also show their bodies in what they consider to be the most attractive manner. Like many of us, performers also have idiosyncrasies about how their bodies are displayed, as much as we may think they are perfectly chiseled. 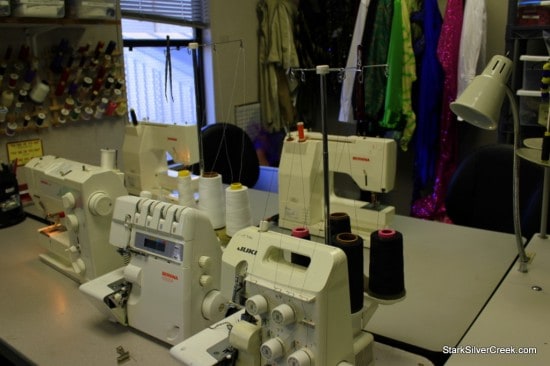 For the latest production, Love, Chaos and Couture, thirteen of the costumes are a collaboration between Beaver Bauer and Seattle clothing designer Luly Yang. Luly is most known for her amazing couture gowns which are elegantly displayed at her Seattle boutique at The Fairmont Hotel and has been voted “Seattle’s Best Dress Designer” for many consecutive years by Seattle Bride Magazine. 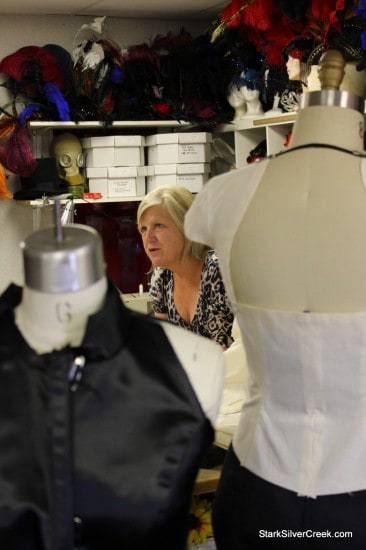 Beaver noted that the pieces designed started in the Teatro ZinZanni show in Seattle and have been moved to San Francisco to be part of the Bay Area production. Many of the works are showcased at the grand finale of the evening event. It’s a fashion show complete with a catwalk that stretches from the edge of the performance area all the way to center stage.

It takes about a year from concept to execution for an entire set of costumes for a Teatro ZinZanni show. The majority of cost is in the intensive labor that must go into each piece.

As we leave the costume room so that Beaver can start fitting the first set of performers, I realize that beyond the glamor and glitz of Teatro ZinZanni there is substance and skill which enables the audience each evening to disappear into a world of fantasy. 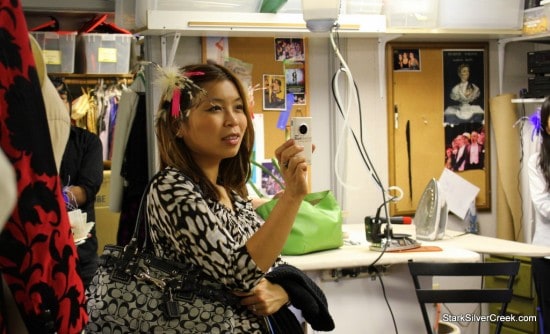 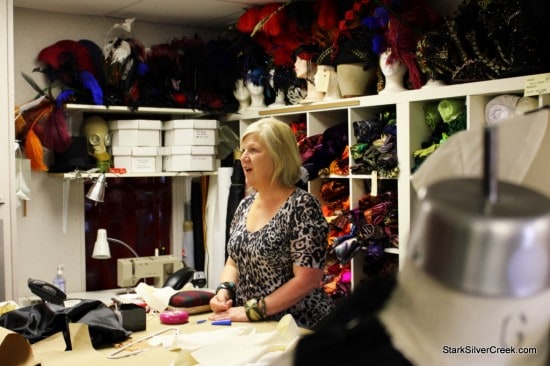 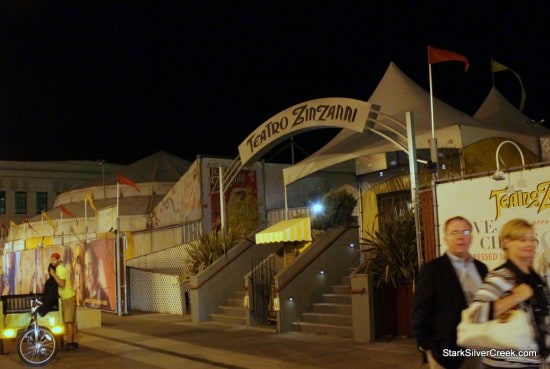 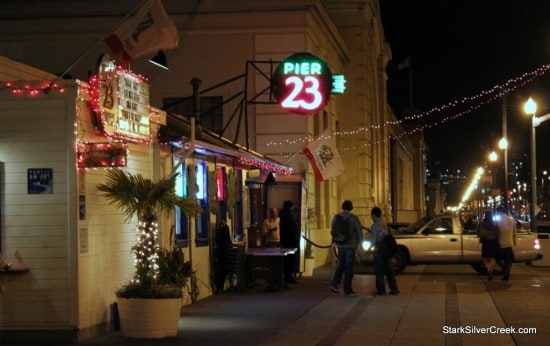