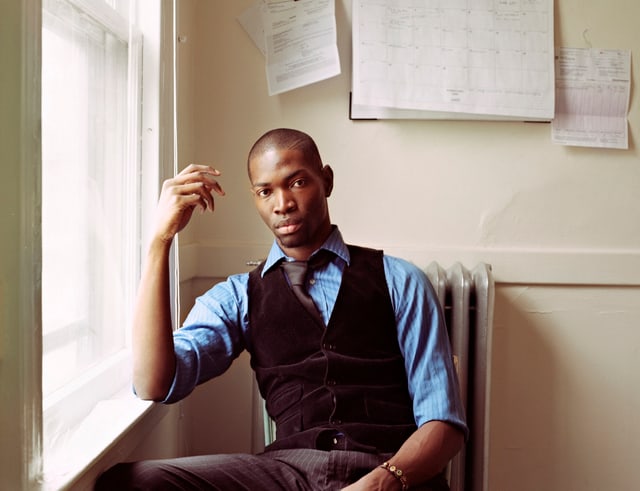 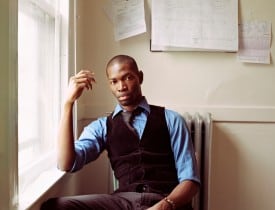 Marin Theatre Company kicks off its 2010–11 season with Part One of The Brother / Sister Plays trilogy, In the Red and Brown Water by Tarell Alvin McCraney, directed by MTC Producing Director Ryan Rilette, September 9 through October 3, 2010. The opening night performance is Tuesday, September 14 at 8 pm.

In the Red and Brown Water tells the story of Oya, who can run faster than anyone but not fast enough to escape her fate. When pressed to choose between her dying mother and her own future, she makes a life-changing decision. Her journey from the promise of youth to the complicated yearnings of womanhood is a joyous, raucous, brazenly theatrical experience.

Director Ryan Rilette has a longstanding artistic partnership with McCraney, having commissioned, developed, and directed the world premiere of The Breach, the celebrated play about the aftermath of Hurricane Katrina—written by McCraney, Catherine Filloux, and Joe Sutton—at New Orleans’ Southern Repertory Theater. “When Jasson and I first read In the Red and Brown Water and experienced its richly poetic, haunting Bayou world, we knew it was a play that we wanted to stage at MTC,” says director Ryan Rilette. “Tarell’s story of love, desire, and betrayal centered around a young girl who can run like the wind is a beautiful combination of the Louisiana Bayou and Yoruban mythology.”

McCraney’s celebrated The Brother / Sister Plays trilogy will receive its West Coast premiere in an unprecedented partnership between MTC, Magic Theatre, and American Conservatory Theatre. This collaborative event brings all three parts of the play cycle to Bay Area audiences with each company producing one part of the trilogy. Magic Theatre presents Part Two, The Brothers Size, directed by Octavio Solis, September 9 through October 17. A.C.T. presents Part Three, Marcus; or The Secret of Sweet, directed by Mark Rucker, October 29 through November 21.

“Marin Theatre Company is thrilled to be part of our region-wide celebration of the work of the amazingly talented Tarell McCraney,” says MTC Artistic Director Jasson Minadakis. “That three theaters could agree to mount a trilogy together speaks to the sheer genius, relevance and importance of Tarell’s voice and vision. Not since the arrival of Sam Shepard and August Wilson has such universal praise been heaped on such a young playwright and his work.”

Tarell Alvin McCraney’s plays include Wig Out! produced in New York by Vineyard Theatre and in London by the Royal Court Theatre, Without/Sin and Run, Mourner, Run, both of which premiered at the Yale Cabaret, and The Breach with Catherine Filloux and Joe Sutton, commissioned by Southern Repertory Theatre, where it premiered in August 2007 to mark the two-year anniversary of Hurricane Katrina. He is currently the Royal Shakespeare Company’s international writer in residence, and is under commission at Manhattan Theatre Club and Berkeley Repertory Theatre.

Director Ryan Rilette is in his third season as Producing Director for MTC where he has directed boom by Peter Sinn Nachtrieb and Magic Forest Farm by Zayd Dohrn. From 2002 to 2008, he served as Producing Artistic Director of Southern Repertory Theatre.