My first introduction to the Louvre was during an art class slide show in high school. The room smelled of Elmer’s glue, cardboard and acrylic paints. The fluorescent lights were turned off and all you could hear was the hum of the slide show projector.

We had returned from the summer. My art teacher had spent it in Europe and would now recount her trip as part of our art history appreciation portion of class. The first slide appears. The statue is upside down. A classmate rushes to help her fix it.

Flash! And there is was, a slightly blurred image of Nike of Samothrace.

As each slide came to focus, the art teacher would make a couple of declarations on the artist, its origin and perhaps the reaction by the populous when it was first presented by the artist. There was Delacroix’s Liberty Leading the People…and of course the Mona Lisa. The teacher’s arms would raise as she tried to depict how small the Mona Lisa painting really was and her first impressions as she pushed her way through the crowds until her eye contact with Mona Lisa was unobstructed.

As if the Louvre was not already enshrouded in enough mysterious beauty through the years, Dan Brown’s “The Da Vinci Code” cemented its fate by instilling in the mind’s imagination the glory and controversy of an exciting story.

I knew when my plane landed in Paris, I had to carve out time in my itinerary to visit the Louvre. 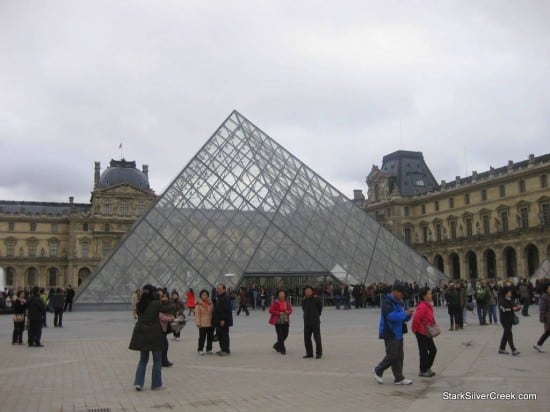 I arrived on a cool, cloudy Saturday morning and spent several hours admiring masterpiece after masterpiece. By the end of the experience, I was bursting with inspiration. 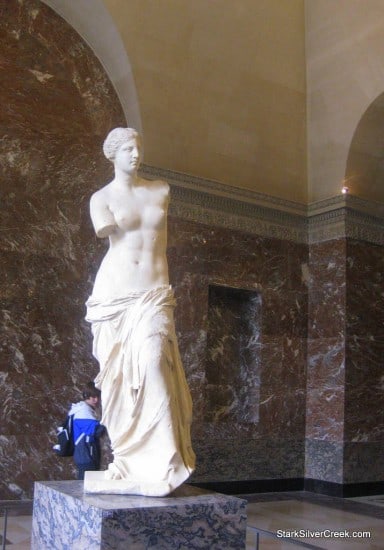 Surrounded by so many masterpieces, a simple question percolated to the top: What is beauty?

In any other location, the question may seem trite. Deep in the bowels of the Louvre, the question was profound. What is it that drives artists to spend their entire lives seeking to create a piece of eternal beauty? And what do all humans have in common that we gravitate and revere such manifestations of beauty that have withstood wars, different rulers and even time. What does it all say about us as humans?

All my aspirations seem tiny at that moment compared to the endeavor of creating something of such lasting beauty as the pieces housed in the Louvre.

I didn’t have responses to these questions. Yet, somehow being in the Louvre, I felt closer to the answers.