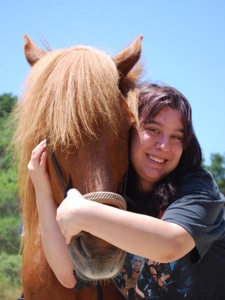 Local food and wine lovers will delight in the news that Esin and Curtis deCarion’s restaurant has been named the official caterer of the Fourth Annual Wine & Equine benefit for SonRise Equestrian Foundation. Esin Restaurant was named the top restaurant in Diablo Magazine’s 2009 Food Awards and has received an Award of Excellence from Wine Spectator magazine.

The afternoon event will also feature delicious wines from Wente Vineyards and Murrieta’s Well and hand-crafted beers from Drake’s Brewing Company. Wine & Equine will be held on Saturday, September 18, 2010, from 1-5 p.m., at the Charles Wilhelm Training Center in Castro Valley.

“What they do at SonRise, rescuing horses and children at the same time, is amazing,” said Esin deCarion. “We wanted to be a part of that effort and support our community.”

SonRise Equestrian Foundation helps create loving connections between children and horses. At no charge to the children and their families, the Danville-based nonprofit provides riding and horse care programs to kids ages 8-18 with social, emotional and physical challenges. Additionally, the beloved miniature horses of SonRise visit younger children at school and those who are terminally ill in hospice settings.

The Wine & Equine benefit provides the majority of SonRise Equestrian Foundation’s annual income. In addition to the delectable barbecue and desserts provided by Esin Restaurant, the afternoon includes a wine cellar raffle, live and silent auctions, demonstrations and a horse show. Event sponsors include Murrieta’s Well, Wente Vineyards and 95.7 The Wolf radio station.