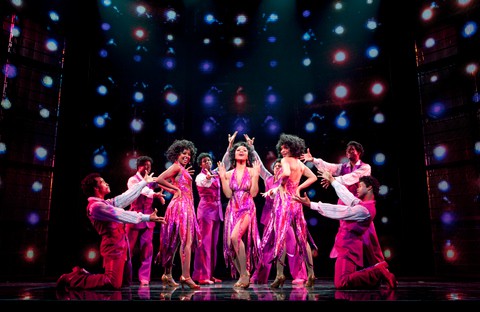 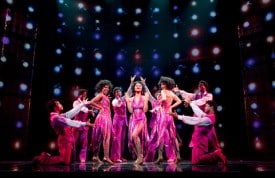 Casting has been announced for the new production of the Tony Award-winning smash hit musical Dreamgirls which plays the Curran Theatre August 24 – September 26 as part of the 2009-2010 Citibank Best of Broadway series under the direction of Carole Shorenstein Hays. Tickets go on sale Sunday, July 11, 2010.

Full of onstage joy and backstage drama, Dreamgirls tells the story of an up-and-coming, 1960s singing girl group and the triumphs and tribulations that come with fame and fortune. Hopeful talents Deena Jones, Lorrell Robinson and Effie White are performing as “The Dreamettes” when ambitious agent Curtis Taylor, Jr. discovers them. He lands them a job as backup singers for the soul and rock ‘n’ roll sensation James “Thunder” Early and begins to guide their quickly rising career. However, when the beautiful Deena emerges as the star of the group rather than the full-voiced Effie, the girls are brought to personal and professional crossroads.

The original Broadway production of Dreamgirls opened December 20, 1981, at the Imperial Theatre and won six Tony Awards and three Drama Desk Awards in 1982. It closed on Broadway August 11, 1985, after 1,521 performances. The original Broadway production was directed by Michael Bennett and choreographed by Bennett and Michael Peters. Dreamgirls was adapted into a motion picture by DreamWorks Pictures and Paramount Pictures, and opened in December 2006. The film won two Academy Awards, five Golden Globes, and two Screen Actor’s Guild Awards in 2007 in addition to a Grammy Award for Best Song written for a Motion Picture (“Love You I Do”). The most popular song from the film, “Listen,” has been incorporated into this new stage version of DREAMGIRLS as a stirring Act II duet for Deena and Effie. This all-new production of Dreamgirls premiered at Harlem’s legendary Apollo Theater in New York City on November 22, 2009, before embarking on an international tour.