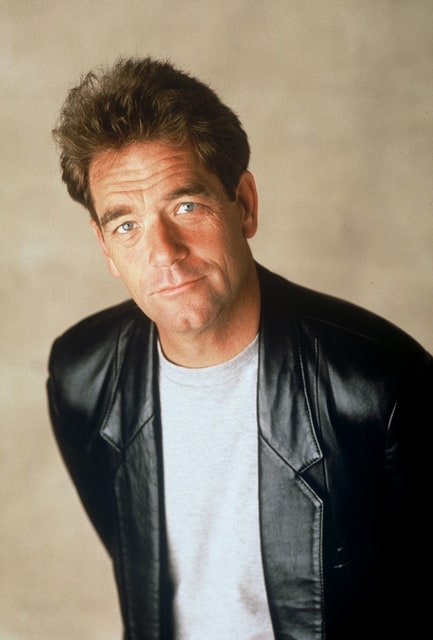 Huey Lewis and the News are celebrating their 30th anniversary with their “Still Workin’ for Living’’ tour. The iconic Marin County band arrived on the national music scene as MTV began to change the industry. Now itunes and other new technology have reinvented the business model yet again and transformed the way music is made and consumed.

What defines success for an artist today? Does music play a different role in popular culture than it once did? Huey Lewis shares his unique perspective in a conversation with Joan Ryan as part of the The A List Series at Throckmorton Theater in Mill Valley.

Huey Lewis (born Hugh Anthony Cregg III; July 5, 1950) is an American musician, songwriter and occasional actor. He sings lead vocals and plays harmonica for his band Huey Lewis and the News, in addition to writing or co-writing many of the band’s songs. The band is perhaps best known for their third album Sports and their contribution to the soundtrack of the 1985 feature film Back to the Future. Huey Lewis also played with the band Clover from 1972 to 1979.

Joan Ryan is an award-winning journalist and author. Her most recent book is “The Water Giver: The Story of a Mother, a Son and Their Second Chance,’’ a memoir published by Simon & Schuster in 2009. Ryan was a pioneer in sports journalism, becoming one of the first female sports columnists in the country. She then went on to writing op-ed columns and city columns for the San Francisco Chronicle. Her first book, “Little Girls in Pretty Boxes: The Making and Breaking of Elite Gymnasts and Figure Skaters’’ (1995, Doubleday) was a controversial, ground-breaking expose that Sports Illustrated named one of the “Top 100 Sports Books of All Time.’’

The A List Series, presented by 142 Throckmorton Theatre, is a new monthly series presenting conversations with Authors, Artists, Athletes, Adventurers, Academics and Anarchists.