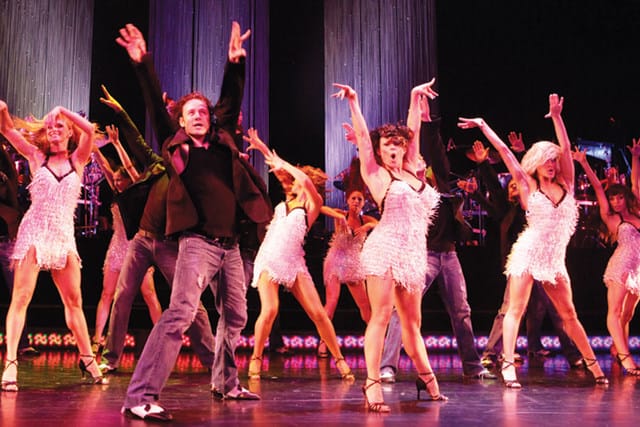 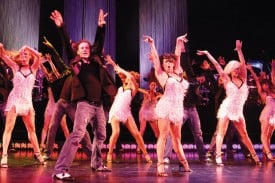 The producers of Burn the Floor announced today that Mary Murphy of FOX’s “So You Think You Can Dance” will appear as a guest star in select cities during the 2010-11 US tour of the Broadway smash hit. She will be partnered with ballroom champion Vaidas Skimelis for these appearances.

Currently Mary Murphy is scheduled to appear in the San Jose and San Diego engagements of Burn the Floor. “SYTYCD” winners and finalists Robbie Kmetoni, Ashleigh Di Lello & Ryan Di Lello, Karen Hauer, and Janette Manrara will be joining her on stage during these engagements as featured dancers. Additional casting will be announced at a later date.

Mary Murphy made her Broadway debut earlier this year in Burn the Floor. Best known for her enthusiastic and emotional judging style on “So You Think You Can Dance,” Mary gained notoriety and earned fans as the “Queen of Scream.” She is a US Ballroom Dance Champion and an Austrian National 10-dance and Ballroom Champion. In addition to owning Champion Ballroom Academy in San Diego, Mary is a partner in the “Chance to Dance” program in the San Diego area school district, helping provide dance classes to children unable to afford lessons.

Robbie Kmentoni, an 18-year-old dancer from Sydney, Australia, wowed judges and audiences alike on the third season of SYTYCD (Australia), taking top honors as the overall winner. As his prize, he elected to join the tour of Burn the Floor. Kmetoni will make his professional theatrical debut this summer when the tour plays in London at the Shaftesbury Theatre.

Ashleigh Di Lello has performed and taught in 19 different countries and has most recently made it all the way to the 2009 finale on TV’s “SYTYCD” with her husband, Ryan. She was a DanceSport Junior Latin Champion and a United States Junior American Latin Finalist by the age of 12. A year later she became sick with a life-threatening illness that she would battle for many years. When Di Lello returned to ballroom dancing, she became a three-time DanceSport Amateur Latin Champion and a United States Amateur Latin Finalist.

Ryan Di Lello has enjoyed teaching and dancing in professional shows throughout the world with his wife and dance partner, Ashleigh. They auditioned together for the 2009 season of “SYTYCD,” where they were not only the first married couple to be selected for the show, but went all the way to the finale. He began dancing at age four and began ballroom at age nine. Di Lello was a two-time amateur Latin runner-up and the Youth American Champion.

Karen Hauer was a top finalist in the 2009 season of “SYTYCD,” and was named the 2008 World Mambo Champion. Born in Venezuela, she moved to New York City and began to dance when she was eight. She attended LaGuardia HS of the Performing Arts.

Janette Manrara is a Cuban salsa dancer from Miami, FL. She was one of four finalists on season five of SYTYCD (USA) and was actually Nigel Lythgoe’s “favorite” to win. Manrara will be partnered with Kmetoni for the London engagement, before the US tour begins in September.

Years before Dancing with the Stars and So You Think You Can Dance turned ballroom dancing into must-see TV, one sizzling show was setting stages ablaze around the globe. Burn the Floor, the electrifying Latin and Ballroom dance spectacular that has thrilled audiences in more than 30 countries, brings the fire and passion of their live performance to the stage.

Burn the Floor is directed and choreographed by Jason Gilkison, former World Champion Latin and Ballroom dancer, and guest choreographer on the fourth season of So You Think You Can Dance.

The San Jose and San Diego engagements are part of a 40 week national tour that kicks off in Portland, OR in September 2010. For casting and tour updates visit burnthefloor.com. 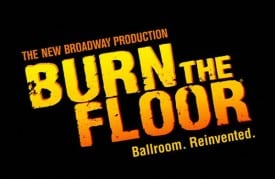