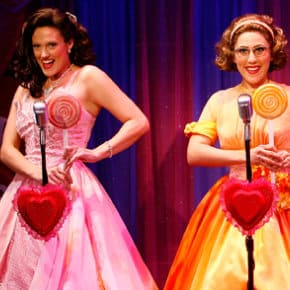 The Marvelous Wonderettes perform high-octane and soulful renditions of pop favorites from the fifties and sixties including, “Mr. Sandman,” “Dream Lover,” “Stupid Cupid,” and “RESPECT.”