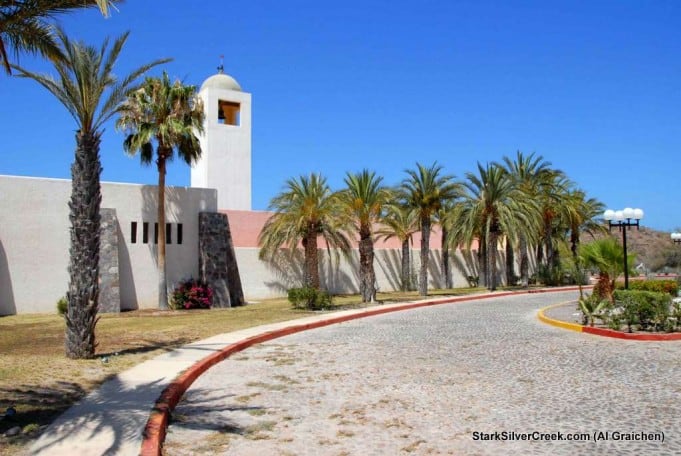 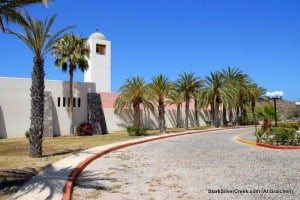 The Inn at Loreto Bay is undergoing some minor changes. The palm trees have been trimmed of the dead branches (hopefully the Paseo trees will follow) and a load of sand is being deployed in the “rock garden” to the right of the reception area. Unfortunately it appears that some of the sand is being dumped into the drainage as the tractor that is deploying the sand appears to have crushed the covers to the ditch. I’ll have to check back to see just what they have done there.

There is a large Homex meeting taking place this week. A number of vehicles have been seen heading to the Inn and there have been a number of Taxi deliveries as well. Rumor control says there are upwards of 100 people expected. There were dozens of folding tables stacked up in what used to be the restaurant. Tomorrow an early morning walk of the beach is in order.

There are a number of new things happening in Loreto. Hector (Petite Cava) is opening a new place called Brunos. Rumor has it that this week will be the opening. It looks ready but looking through windows is not everything and Cava was not open for dinner this evening so I didn’t get an update. 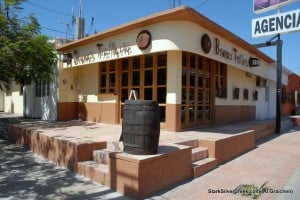 Benito Juarez will soon have a new “strip mall” just up from the tortilla stores. San Javier Plaza has been in construction for the past few months and it appears to be almost complete. The buildings are there, but there are no signs of tenants, so time will tell.

The new HOA security force may get some new enforcement powers. The meeting with Fonatur and Associa has provided the officers the authority to enforce parking and speed regulations. These are part of the Condo Regime rules, but the streets technically belong to Fonatur and the Municipality. Hopefully some of the carts that currently block the sidewalks will have to relocate and cars that park where ever they want will no longer be a traffic hazard. Also “long term storage” on the Paseo supposedly will be enforced as well. Boats that have been parked for months will hopefully be moved.

And last but not least, continue to be cautious when approaching the southern entrance. The goats are once again finding ways to get out and cross the highway “en mass.” Even with flashing lights I wasn’t certain the truck that was coming up behind me was going to stop.

The weather has been incredible. Mid 80’s at the max, relatively little humidity and almost cool enough for a jacket in the evening. I almost think Tahiti has sent it’s weather to the Baja.