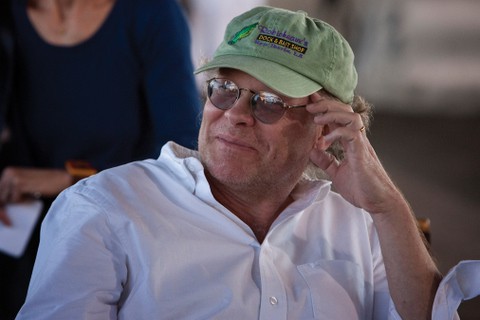 Cinnabar Theater has announced its 2010 to 2011 season, which includes comedies, musicals and a new play entitled “Dracula,” written expressly for Cinnabar Theater by playwright and screenwriter Eric Overmyer the writer of hit HBO shows “The Wire” and “Treme.”

Cinnabar Theater’s 2010 to 2011 season includes: Ella: The American Dream, Travels With My Aunt, Dracula (a world premiere) & The Medium, Woody Guthrie’s American Song, The Importance of Being Earnest., and Enchanted April.

San Francisco jazz vocalist Kim Nalley reprises her sell-out musical “Ella: The American Dream” with three additional songs added to this encore production. Nalley penned this Ella Fitzgerald tribute, a quintessential rags to riches story that takes audiences back to 1930’s Harlem, the Savoy Ballroom and birth of the swing era which paved the way for musical greats including Duke Ellington, Billie Holiday and a Savoy Ballroom dancer named

Frankie Manning who popularized a new dance called the Lindy Hop. Based on new historical findings about Ella’s humble beginnings, this musical will leave you feeling optimistic and yearning for more. Tickets $25 to $35.

Travels With My Aunt
September 24 – October 17, 2010
Adapted by Scottish dramatist Giles Havergal from the Graham Greene novel of the same title.
Directed by Ken Ruta

Veteran American Conservatory actor/director Ken Ruta, who appeared in the ACT production years ago, directs this theatrical distillation of Graham Greene’s novel. Retired bank manager Henry Pulling, “a rather static character,” as he says of himself, is so bound to habit that the death and funeral of his mother offer a “agreeably exciting” break in routine. Enter Aunt Augusta, and Henry’s life turns completely topsy-turvy with murder, mayhem, round-the-world travel and – love. Tickets $15 to $25.

Cinnabar Theater presents a supernatural double feature featuring the world premiere of “Dracula,” by playwright and screenwriter Eric Overmyer. Overmyer, writer of hit HBO shows “The Wire” and “Treme,” has written this new play especially for Cinnabar Theater. It’s paired with Gian Carlo Menotti’s “The Medium,” an opera inspired by a séance experience, that’s an eerie blend of murder and the supernatural. Tickets $25 to $35.

This musical journey follows legendary Depression-era folk singer Woody Guthrie on the cross country travels that inspired his songs about American life and events. Featuring over two dozen of Guthrie’s most famous songs, including “Bound for Glory” and “This Land Is Your Land.” Tickets: $25 to $35

The Importance of Being Earnest
March 25 – April 17, 2011
Book and lyrics by Anne Croswell and music by Lee Pockriss
Directed by Elly Lichenstein

Enchanted April
May 27-June 18, 2011
By Matthew Barber from the novel by Elizabeth von Arnim
Directed by Elizabeth Craven

Set in 1922, two discontented London housewives, an obstinate dowager and a lonely aristocratic beauty share the rental of an Italian villa for a month long holiday. Leaving their gray London lives behind, the four women search for a brighter outlook in Portofino in this charming and uplifting comedy about friendship and love. Tickets: $15 to $25
Cinnabar Theater is located at 3333 Petaluma Blvd., North in Petaluma.