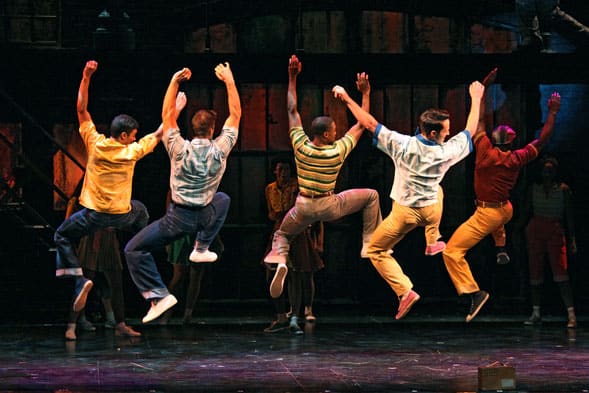 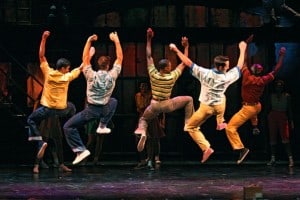 The announcement of eight 2010 Tony Award nominations for the Broadway hit Memphis was cause for celebration at TheatreWorks, the Silicon Valley theatre company that gave birth to the musical.

The show was developed at TheatreWorks’ 2002 New Works Festival and received its world premiere in 2004 on TheatreWorks’ Mainstage. Since then, Memphis has been working its way to Broadway, where it made its debut last October.

A collaboration with leading playwright Joe DiPietro and composer-keyboardist David Bryan of the Grammy-nominated rock band Bon Jovi, Memphis is based on a concept by George W. George, chronicling the birth of rock ‘n’ roll and the deejay who first played the music of black and white America together.

TheatreWorks presented the World Premiere of Memphis on the TheatreWorks Mainstage in January 2004 (in a co-presentation with the now-defunct North Shore Music Theatre.) The musical went on to be staged by the La Jolla Playhouse in San Diego and the 5th Avenue Theater in Seattle. It opened on Broadway at the Shubert Theatre on October 19, 2009 where it has grossed more than $18.24 million to date. A national tour will launch in September.

It’s been quite a week for TheatreWorks. In addition to the Memphis nominations, TheatreWorks received 7 Bay Area Theater Circle Critics’ Awards on Monday night. TheatreWorks’ BATCC Awards include: