ZinHaze Productions and the Napa Film Festival announced a special screening of the 2010 Academy Award-nominated Best Documentary The Most Dangerous Man in America. The screening will be followed by an on-stage conversation with Mr. Daniel Ellsberg, moderated by the film’s director, Ms. Judith Erhlich.

The film catapults us to 1971 where we find America in the grip of a familiar scenario: a dirty war based on lies. And Dr. Daniel Ellsberg, one of the nation’s leading war planners, has the documents to prove it. Armed with 7000 pages of Top Secret documents; he leaks the truth about the Vietnam War to The New York Times and risks life in prison to end the war he helped plan. It is a story that held the world in its grip, with daily headlines, the top story on the nightly news for weeks on end. 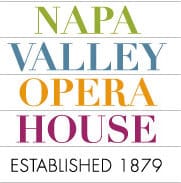 This tale is told by Ellsberg — as narrator, in current interviews and riveting archival footage — and a cast of supporting characters who “lived” the Pentagon Papers episode including Ellsberg’s wife and son, “co-conspirator” Tony Russo, historian/activist Howard Zinn, journalists Hedrick Smith and Max Frankel, attorneys Lenny Weinglass and James Goodale, Watergate principals Egil “Bud” Krogh and John Dean, and — in a rarely seen interview and his own secret White house tapes — President Nixon himself.

This extraordinary film speaks directly to the world today, as national security and the people’s right-to-know are in constant tension. It raises questions about civil courage, following conscience, taking risks, and speaking truth to power. It challenges people everywhere who are looking to better understand the world of power and who search their own hearts for ways to take a stand and make a difference.