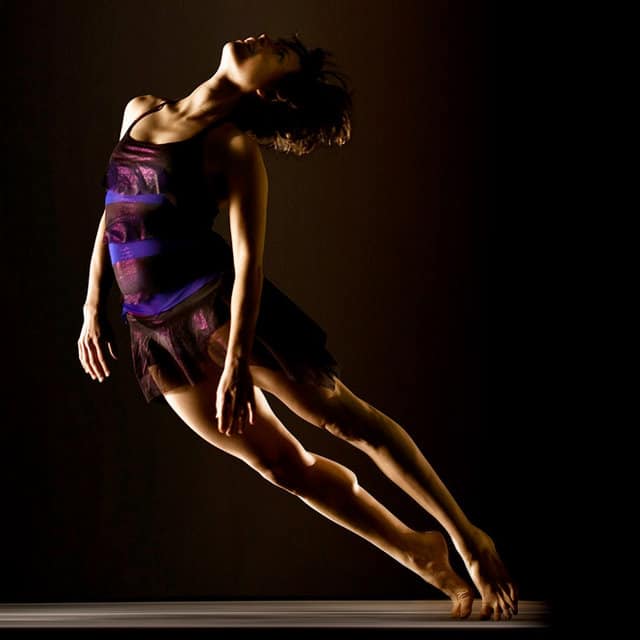 Contemporary dance company Liss Fain Dance announced that it will present two World Premieres both inspired by literary works, for its Home Season 2010. Director Liss Fain was drawn to Per Petterson’s Out Stealing Horses for How it Ends; and she selected the title for the other work Speak of Familiar Things from the poem Debris of Life and Mind by Wallace Stevens. Performances take place June 17, 18 and 19 at the Novellus Theater in Yerba Buena Center for the Arts.

“Speak of Familiar Things is about change, both unexpected and deliberate, and its aftermath,” Fain stated. “It also examines the pleasure of the new and the longing for the familiar, particularly when metamorphosis creates discomfort or shifting perspectives. The dance is comprised of solos and small group sections.”

The dance is set to a commissioned score by Bay Area composer Dan Wool, formerly of the San Francisco-based rock band, Pray for Rain, and best-known today as a soundtrack composer. Repo Man director Alex Cox heard a demo tape and asked the group to record Wool’s instrumental score for the now classic cult-film Sid and Nancy. Wool has since contributed to an eclectic array of projects. From the guitar-driven score for Cox’s take on spaghetti-westerns, Straight to Hell, to Daniel Lee’s minimalist, Journeyman, he has demonstrated an ability to enhance the visual story while creating stylistically distinct scores for each project undertaken. He has invented scores that embrace everything from boozy Mambo (Since You’ve Been Gone) to funked-out goofiness (Car 54 Where Are You) and melancholy heroism (Roadside Prophets). His has also created distinctive musical scores for a variety of media, including the feature film Searchers 2.0, the BBC documentary 5 Westerns, and music for major domestic and international advertising campaigns.

How It Ends was inspired by Per Petterson’s coming of age novel, Out Stealing Horses about the events of a pivotal summer as remembered by a boy in adulthood. The dance is about the naïveté and energy that compels action and then self-reflection, boldness and rumination. The scores range from high-energy percussion to minimalist strings with text and liturgical choral music.
Fain chose the music for How it Ends with contrasts in driving energy, introspection, anxiety and calm, and set the work in four distinct segments to four separate pieces by Iannnis Xenakis, John Tavener and Marcos Balter.

“A choreographer who takes the chances…that matter” (Voice of Dance), Liss Fain creates abstract contemporary dance pieces expanding the performance parameters by presenting original works that integrate the ideas and designs of artists from other disciplines. Since founding her company in 1989, she has created more than 40 new works, and has collaborated with film-makers, visual designers, musicians and technologists on projects that have toured both nationally and internationally.

Since 2007, LFD has performed at festivals in Poland and Belarus and in St. Petersburg, Russia. In 2006 the company appeared daily at Southside Theater in Edinburgh during a three-week residency as part of the Edinburgh Festival Fringe. The company is committed to artistic cross-cultural exchanges through performances, workshops, and master classes that contribute to mutual understanding and respect between citizens from different countries and cultures. International appearances have been sponsored U.S. Embassies in host countries, the Open Look Festival, Trust for Mutual Understanding, USAI, Silesian Dance Festival, and International Dance Forum.

LFD is one of only four American companies invited to perform this August at the Internationale Tanzmesse NRW, in Düsseldorf, Germany. A leading global marketplace and festival platform for contemporary dance, Tansmesse’s five-day festival will offer some 35 performances and events from 53 artists representing 25 countries. LFD will attend as part of the American delegation hosted by Dance/USA, the national service organization for American dance companies. The company will perform the acclaimed full company piece Unknown Land.