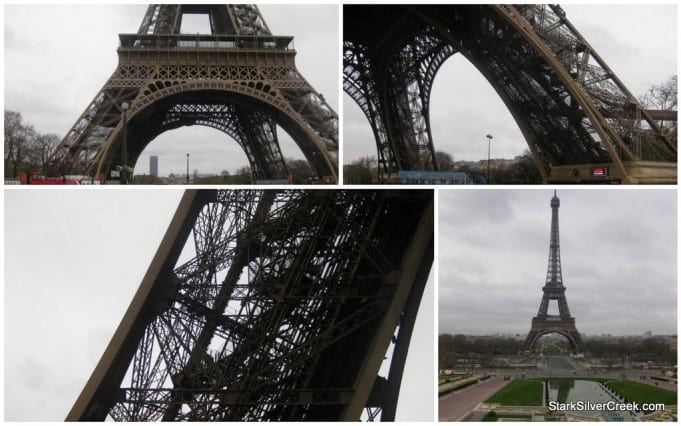 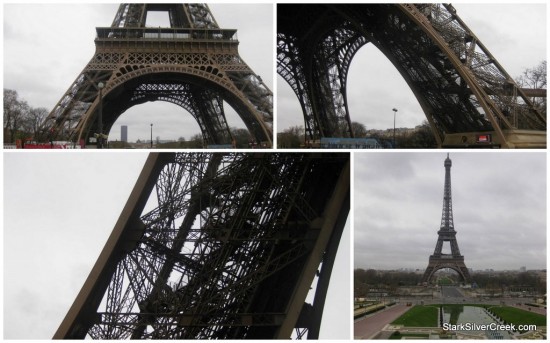 Of all the beautiful sights, sounds and tastes of Paris, it is the Eiffel Tower that has stood out as its most prominent symbol. It was the tallest building from its inception, as the entry way for the 1889 World’s Fair, until 1930 when the Chrysler building in New York City was erected. Although it has been surpassed in architectural height, it still reins as the ultimate icon of romance.

As I ventured one morning to see it in person, I didn’t realize how close my hotel was to the Eiffel Tower. Following directions and a map given to me by the concierge, I walked to the Champ de Mars. It seemed as I approached this area, the Eiffel Tower arose out of no where.

I could imagine the excitement when it was first revealed at the 1889 World’s Fair.

Here are some of the sights from my chance encounter.

There were long lines at each of the legs of the Eiffel Tower and as tourists were waiting for their turn to climb up this iconic landmark, vendors with miniature replicas of the tower tried to sell them anywhere from 2 to 15 euros.

I did not climb the tower because I had plans to visit museums and art galleries. Also I think the journey would be far more enjoyable in the company of a loved one. However, the tower was very impressive from the ground looking up.

Perhaps the next time I visit, I would have someone to share in the experience. Until then, dear reader, you can share in these photos I took.