This month, there were clear signs that spring was in the air. We had several days where the weather was warm and gorgeous, the air smelled of leaves and wood and finally, I spotted flowers popping up in plants in our courtyard and on the balcony. I felt somewhat guilty on weekends driving around with the sun blazing down and the radio blaring music from the 90’s, knowing that friends and colleagues in some parts of the east coast were still buried in snow. Ah, such is the life on the West Coast.

I even heard Vancouver, who hosted the 2010 Winter Olympics has seen record highs this February and had to transport snow into the region for some of the competitions that required this element of Mother Nature.

As if to signal spring, Sunpower announced a new Web 2.0 user interface to their solar power monitoring system (“SunPower launches Web 2.0 tools for managing solar energy generation“). The new Flash interface is a welcome change from the clumsy interface they previous had. The previous interface wasn’t bad given I had nothing to compare it to, however, the new one is definitely better. 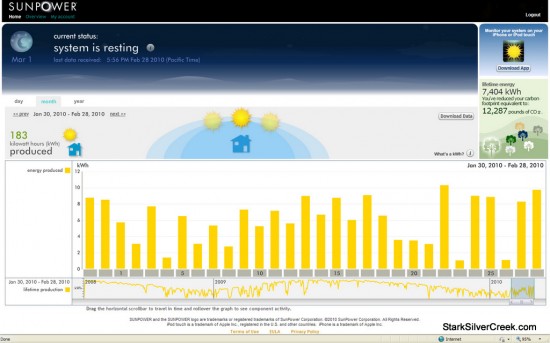 Now if only they could hook it up to PG&E somehow and run analysis on how much I am saving each month because of my solar panels…now that would be something I would really be interested in. 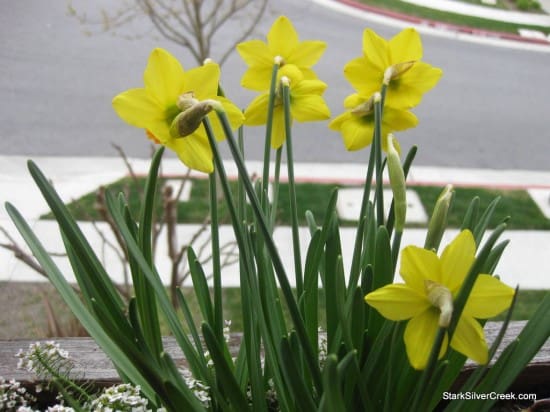