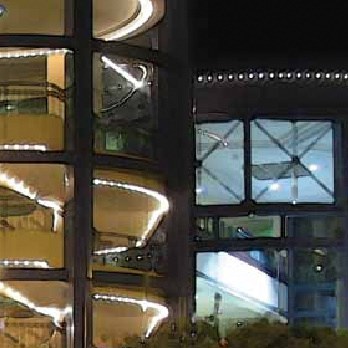 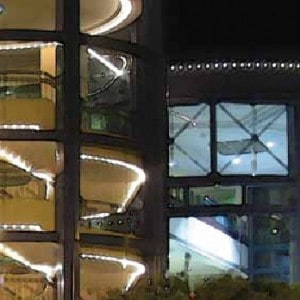 Center REPertory Company’s Artistic Director Michael Butler unveiled the company’s 44th subscription season. Running from September 2, 2010 to June 25, 2011, the season includes eight productions to be performed in all three theatres of the Lesher Center for the Arts. Michael Butler will direct Bram Stoker’s gothic thriller, Dracula as well as Harper Lee’s timeless American classic, To Kill a Mockingbird. Director and Choreographer Robert Barry Fleming (Ain’t Misbehavin’, All Shook Up) returns to Center REP to open and close the season with two musical favorites, She Loves Me and Blues in the Night. Charles Dickens’ holiday treat A Christmas Carol, directed by Center REP Managing Director Scott Denison, will return for its 13th year, followed by the Tony Award-winning comedy Boeing-Boeing by Marc Camoletti. The 2010-11 Off Center season presents two productions in the intimate Knight Stage 3 featuring the west coast premiere of the NY Fringe festival Hit, Becoming Britney and Kerri Shawn as Ann Landers in the Bay Area premiere of The Lady With All the Answers.

“The 2010-11 Center REP Season is our most diverse and ambitious yet,” says Michael Butler. “Two musicals—one a classic and one a celebration of the classics, a French farce, a great American classic, a re-imagined thriller and the second season of our new Off Center series with two regional premieres. Three of our offerings are set in another period of economic stress: the 1930s. Yet all three present a unique and hopeful take on tough times in which resilience and character triumph over despair. It’s thoughtful entertainment.”

The 2010-11 Center REP season will be bookended by the musicals She Loves Me and Blues in the Night, both directed by Robert Barry Fleming.

“I’m delighted to bring Robert Barry Fleming back to direct and choreograph both of our musicals next season,” continues Butler, “as he demonstrated with the REP hits All Shook Up and Ain’t Misbehavin’, Robert knows how to bring a show to life and an audience to their feet with almost explosive energy. He is an enormously talented and intelligent director/choreographer who has an amazing ability to find the heart and tone of a piece. I can’t wait to see what he does with She Loves Me with its strong book and character-driven material.”

Close on the heels of She Loves Me comes Bram Stoker’s magnum opus, Dracula, directed by Michael Butler. “Vampires are certainly making a big comeback these days, “ says Butler. “I love both the Bram Stoker original and the Twilight and True Blood series, and hope to incorporate ideas from all of them into our production of Dracula. And I’m very interested in exploring the surrealistic fever dream aspect of this great Victorian tale of fear and longing. I think it should be sexy and scary. Most definitely sexy.”

Directed by Scott Denison, A Christmas Carol is back for its 13th straight year at Center REP brimming with music and dance, love and laughter, spectacular special effects and scary ghosts. The season kicks off 2011 with the high-flying Tony Award-winning comedy Boeing-Boeing by Marc Camoletti and adapted by Beverley Cross, and then continues with the timeless classic To Kill A Mockingbird by Harper Lee. “Very few stories grip you, hold on and don’t let go, as does To Kill A Mockingbird. It shows us one of the most painful aspects of our history and points the way to overcoming that history.”

The season finishes up with Sheldon Epps’ blues-drenched musical, Blues In The Night. “Blues in the Night is a midnight train ride through some great American music,” says Butler. “Bessie Smith, Johnny Mercer, Duke Ellington, to name just a few of the talents behind this musical. It’s a high octane line-up, that’s for sure.”

“It’s a season that really celebrates strength of character, the strength of the individual,” adds Butler. ”Atticus Finch stands up to society, Georg stands up to his boss, even if it means jeopardizing his job during the Depression, and the women in Blues in the Night all stand up to that, ‘no good snake of a man.’ And who would question that Dracula is a strong individual? Even Bernard’s three air hostess ‘fiancées’ in Boeing-Boeing marshall their pre-feminism pluck to stand up for themselves. These themes extend into our Off Center series as well, in which we’re celebrating two titans of the American cultural landscape: Ann Landers and Britney Spears. We forget what a controversial figure Ann Landers was—an early opponent of the Vietnam War and proponent of gay rights. And Britney…. well, she continues to surprise, and tells us a lot about where our popular culture is right now.”

Transporting, thoroughly heartwarming, and full of timeless magic, She Loves Me is widely considered the most charming and romantic musical ever written. Georg and Amalia are two feuding clerks in a European parfumerie during the 1930s who secretly find solace in their anonymous romantic pen pals, little knowing their respective correspondents are none other than each other.

DRACULA
Invite him in

By John Balderston and Hamilton Deane
Directed by Michael Butler

Experience the gothic classic as you’ve never seen it before. Bram Stoker’s Magnum Opus comes alive on the Lesher stage with all the chills and thrills that this sexy masterpeice is famous for.

Brimming with music and dance, love and laughter, spectacular special effects and scary ghosts, it’s no wonder the critics have called it, “THE Christmas Carol to see in the Bay Area.” Join the thousands who make this theatrical event part of their annual holiday traditions.

BOEING-BOEING
A Parisian playboy has designed his perfect life, or so he thinks!

Living in a posh Paris apartment with three flight attendant fiances, Bernard’s life suddenly hits turbulence when the ladies change their fail-safe flight schedules and he must maintain the illusion that he is faithful to each one. What unfolds is the high-flying Tony Award-winning comedy that had Broadway audiences airborne with laughter.

This timeless Pulitzer Prize-winning classic follows young Ms. Jean Louise “Scout” Finch as she watches her father defy ignorance and prejudice in the fight of his life and learns the true meaning of integrity.

You’ll be “Stompin’ at the Savoy!” to the songs of Duke Ellington, Johnny Mercer, Bessie Smith and more. This dynamic, jazzy, blues-drenched musical combines 26 hot and torchy blues songs from the 1920s and ‘30s and adds an irresistible twist to the stage musical genre.

Off Center is our chance (and yours!) to take on works that are new…that are provocative…that are seriously wacky…or that are better suited to the intimate Knight Stage 3. The same professional excellence you’ve come to expect from REP. Even closer up.

Last year we brought you the inspired lunacy of The Complete Works of Shakespeare (Abridged) and A Number, Caryl Churchill’s stunning drama about cloning, individuality and questionable parenting. It was an Off Center season of Boys Gone Wild.

This season, it’s the Girls turn! Two American icons, legends of the cultural landscape, step on to the Knight Stage 3 to shake your booty and your preconceptions!

How does a Pop sensation wind up bald and trapped in her own musical? Becoming Britney is a caustic (but loving) PG 13 fable that chronicles the rise…the dip…and the salvation of a foolhardy celebrity phenom.

The legendary, trailblazing advice columnist who defined herself as a woman with chutzpah and “one hell of a Rolodex,” Ann Landers was one of the most influential – and controversial – women in America. It’s 1975, and after years of dispensing advice to lovelorn teenagers and confused couples, the lady with all the answers finds herself with a looming deadline to write “the most important column of my career.”