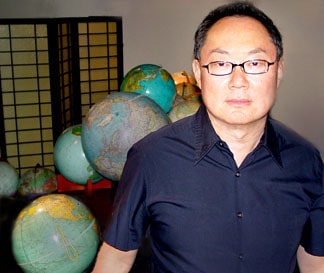 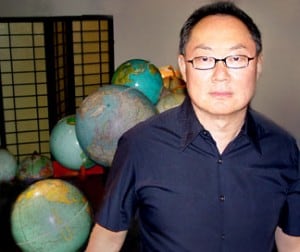 The San Jose Museum of Art (SJMA) has announced that artist Bruce Yonemoto will discuss his video and multimedia work at the museum next month. Yonemoto’s video Sounds Like the Sound of Music is featured in the current exhibition Plastic Life. Shot in the Andes, the video features a young boy singing the eponymous song from The Sound of Music translated into the indigenous Incan language of Quechua.

The first in SJMA’s new exhibition series, “New Stories from the Edge of Asia,” Plastic Life showcases new work in film, video, animation, and other dynamic media by artists from Taiwan, Japan, and Korea, and the U.S. The exhibition features recent work by established figures alongside that of rising stars and emerging artists, including Ma Kuang-Pei, Chiang Chung-Lun, Charlene Shih, Tao, Mei Yu, Su, Hui-Yu, Hye Rim Lee, Taijin Takeuchi, and Yonemoto. Plastic Life is on view through September 19, 2010.

Bio from Wikipedia: Bruce Yonemoto (born 1949) is a Japanese-American multimedia artist. His work has been recognized by the National Endowment for the Arts, the American Film Institute, The Rockefeller Foundation, the Maya Deren Award for Experimental Film and Video, and a mid-career survey show at the Japanese American National Museum, in addition to major solo exhibitions at the InterCommunication Center in Tokyo, the Institute of Contemporary Art the University of Pennsylvania, and the Kemper Museum in Kansas City, MO. Yonemoto was featured in the 2002 Corcoran Gallery Bienniel, in Washington D.C.