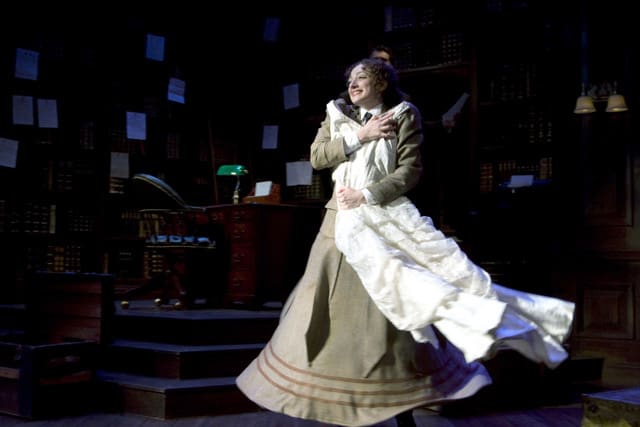 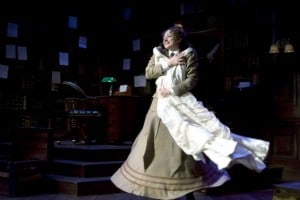 Good news for fans of romantic musicals! With audiences absolutely delighted by John Caird and Paul Gordon’s sparkling new musical romance, DADDY LONG LEGS, TheatreWorks will now extend it through February 21 at the Mountain View Center for the Performing Arts. After the highest single week of ticket sales for any show in the company’s 2009 season, DADDY LONG LEGS is projected to break box office records, and finish among the top grossing shows in the company’s 40 year history. Added performances will include: Feb 13 at 2pm, Feb 14 at 7pm, Feb 19 at 8pm, Feb 20 at 8pm, and Feb 21 at 2pm. Based on the classic novel by Jean Webster, DADDY LONG LEGS is the story of Jerusha Abbott, a talented orphan sent to a prestigious college by an anonymous benefactor, featuring Broadway ingénue Megan McGinnis and regional favorite Robert Adelman Hancock, with Tony Award winner John Caird (Les Miserábles, Nicholas Nickleby) at the helm.

Set in New England in the early 1900’s, DADDY LONG LEGS is the story of Jerusha Abbott, a talented orphan with a wry sense of humor sent to a prestigious college by an anonymous benefactor. With the stipulation that she write him monthly letters, and having only seen a glimpse of his elongated shadow on a wall, she whimsically dubs him “Daddy Long Legs.” Revealed through her witty wistful letters, her journey to independence, education, and romance chronicles the emergence of a delightfully liberated and self-confident American woman. The San Jose Mercury News declared the show “sweeps you off your feet,” and the San Francisco Chronicle called it “buoyant… eminently tuneful.” “Utterly charming and so very touching!” concurred the San Mateo Daily Journal while the San Jose Metro simply dubbed it “TheatreWorks’ masterpiece… a musical that redefines musicals.”