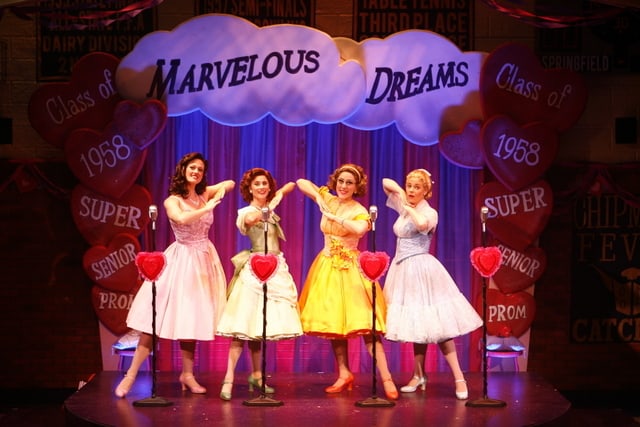 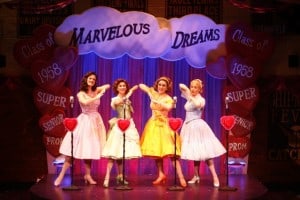 The San Jose Repertory Theatre announced that The Marvelous Wonderettes, a Record-Setting and Award-Winning, Cotton Candy-Colored Non-Stop Pop Musical, is opening June 15 at the Rep for a 13-day summer run. Memorable songs to be performed include “Mr. Sandman,” “Dream Lover,” “Stupid Cupid,” “Lipstick on Your Collar,” “It’s In His Kiss,” “Son Of A Preacher Man,” and “RESPECT.”

“I was so pleased to be able to get most of the New York and original cast of the Wonderettes, along with the director and creator of the show, Roger Bean, to agree to come to San Jose for a few weeks this summer and restage this joyous celebration of the great “girl groups” of the 50’s and 60’s,” said Artistic Director Rick Lombardo. “Some of the era’s finest songs are represented in this show, which is non-stop great music.”

A cotton candy-colored non-stop pop musical, The Marvelous Wonderettes, featuring the iconic sounds of the fifties and sixties, have “shoop-de-dooed” their way to record-setting ticket sales and awards during their sensational run in Los Angeles. They received the 2007 Los Angeles Ovation Award for Best Musical and were also nominated for the 2009 Drama League Award for Distinguished Production of a Musical.