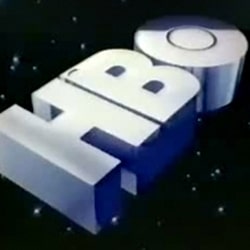 Wonder how special effects were made before cgi? This video, “A Closer Look: Inside HBO’s City” from the 1980s, documents how the company re-branded itself so people could experience “turning on an entertainment center.” It’s actually quite interesting. Although you may think occasionally you’re watching some Spinal Tap-esque parody of cable television. Guy Caballero from SCTV is liable to roll out in his wheelchair any second.

The making of a miniature city and the HBO chrome logo are featured. My favorite part is the single frame, camera shutter effect used to create the Stargate around the HBO logo. You can find that about the six minute mark in the video below.

Adobe After Effects not invented yet? Use fibre optics!

Brace yourself for some happy, funky 80s music (“Illusion!”), and click play below. What next, an eagle on the hood of a Camaro? Fun memories.