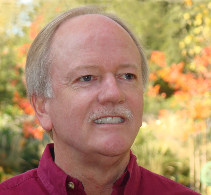 Aiken developed an interest in winemaking as an undergraduate at UC Davis, the prestigious school where he earned his Masters of Science degree in Enology. Upon finishing his studies at Davis in 1982, he was named BV’s Assistant Winemaker, and progressed steadily up through the organization as Winemaker, Director of Winemaking and finally as VP of Winemaking, a position he held from 1999-2009. Throughout his career Aiken has earned the reputation as an innovator as well as an expert on barrel production and Cabernet Sauvignon clonal selection and use.

Aiken says, “BV has been a wonderful place to work, and I have enjoyed the opportunity to learn from both André Tchelistcheff and Michel Rolland. My desire now is to take my experience and use it to help clients create wines utilizing the best of traditional winemaking techniques as well as the latest innovations.”

Aiken will continue to consult with BV on the Georges de Latour Private Reserve Cabernet Sauvignon label, a wine that he has handcrafted for over 25 years. His most recent accomplishment at BV was overseeing the design and construction of the new Georges de Latour Reserve Winery in 2008. This is a state-of-the-art facility located at the historic Rutherford estate. “Throughout the history of Beaulieu there has been a great tradition of innovation. To have been able to create this new winery, incorporating innovative techniques such as barrel fermenting of Cabernet was one of the highlights of my career at BV,” Aiken explains.

Aiken also served on several prestigious wine industry boards of directors throughout his career: the Napa Valley Vintners from 2000 – 2005 with terms as President, Vice President and CFO; the Rutherford Dust Society from 1994 to the present with a term as President; and the Carneros Wine Alliance throughout the 1990’s.