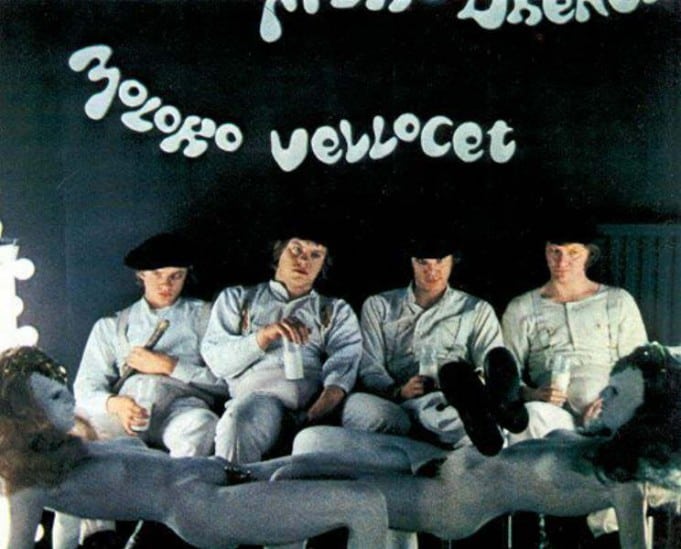 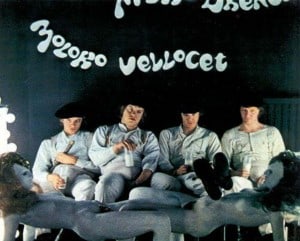 Actually “snap!” is not so bad, but there are many words creeping into our daily lexicon that make me cringe. Not so much “goodness.” It’s always interesting to watch writing, journalism evolve. And now with 140-character Tweets, texting (and sexting), and social networking of all flavors, the zeitgeist, as some would say, seems to be shifting at a faster than normal rate.

Basically, more people are writing, more people are breaking the rules. The motivation to invent new words and new expressions often does not come from convenience or necessity. There is a certain coolness to innovating. If you can get others to follow, then all the better.

A bit of the new ultra-violence?

It’s almost as if the new world is led by a roving band of blogging droogs reinventing English one new slang word at a time.

I wouldn’t lose much sleep if I never saw these used again either: