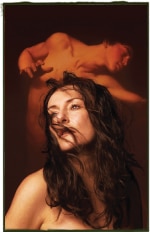 Jean Racine’s grand tragedy Phèdre opens Wednesday January 20 at American Conservatory Theater (A.C.T.) in a world premiere translation by Timberlake Wertenbaker (Our Country’s Good, A.C.T.’s Antigone and Hecuba). This first-time coproduction with the internationally renowned Stratford Shakespeare Festival gives local theater lovers a rare opportunity to witness exquisite classical acting from this Canadian company in its Bay Area debut. A.C.T. Artistic Director Carey Perloff directs Stratford star actor Seana McKenna as she takes on the title role, joining a long legacy of great dramatic actresses who have appeared in tragic roles on the A.C.T. stage. Phèdre, queen of Athens, is caught in an agonizing love triangle with her husband and his son by a former lover. As passions erupt, will her desire for a younger man overwhelm her duty to her husband, her children, and her kingdom? Hailed by critics as “brilliant and dazzling . . . work of the highest caliber” (Toronto Star), Phèdre is a potent mix of visceral sexuality and rich poetry. Featuring original music by Pulitzer Prize–winning composer David Lang (A.C.T.’s Antigone, Hecuba, and The Difficulty of Crossing a Field), Phèdre plays January 15–February 7, 2010, at the American Conservatory Theater (415 Geary Street, San Francisco).

“We are thrilled to be producing Racine for the first time in A.C.T.’s history,” says Perloff. “Timberlake’s extraordinary and fresh translation pays homage to the gorgeous poetry of the original while sustaining this play’s explosive heat and visceral sexuality. The tension and subliminal danger of the play are deepened in this production by David Lang’s haunting score for cello and percussion, which seems to emanate from the depths of the labyrinth.”

Perloff directed this world premiere production as part of Stratford Shakespeare Festival’s 2009 season with a cast led by McKenna, who “holds the Canadian patent on Greek tragedy” (National Post), and including Stratford acting company favorites Thomas McCamus as Theseus, Jonathan Goad as Hippolytus, Roberta Maxwell as Oenone, Claire Lautier as Aricie, and Sean Arbuckle as Théramène. “Stratford and A.C.T. have an amazing synergy: both are actor-driven theaters deeply rooted in the classics,” adds Perloff. “I was delighted by the muscularity of Stratford’s acting company, which performs major classics in repertory for eight months of the year in 2,000-seat houses. I hope this cast will keep A.C.T. audiences on the edge of their seats through Racine’s erotic and complicated tragedy.” Sophia Holman and Mairin Lee, third-year students in A.C.T.’s acclaimed Master of Fine Arts Program, complete the cast in San Francisco.

The consulate general of France in San Francisco is proud to support the premiere of Phèdre at A.C.T. Consul General of France Pierre-François Mourier says: “This new translation of the classic masterpiece by Timberlake Wertenbaker will give American audiences the opportunity to discover, or re-discover, the timeless and intriguing tragedy of passion and fate by Jean Racine.”

In the figure of Phèdre, Racine found a perfect heroine for his tragic oeuvre: the instrument of others’ suffering, she is also the victim of her own impulses. Called by Voltaire “the masterpiece of the human mind” upon its first production in 1677, Phèdre is to this day one of the most-produced and celebrated French-language theatrical works. The tragic construction, the deeply observed characters, and the richness of the verse have cemented Racine’s role as one of France’s most esteemed writers. Numerous great tragic actresses have taken on this challenging role, including most recently Helen Mirren in the National Theatre production and possibly most famously Sarah Bernhardt, whose Phèdre in 1906 was the first performance in what has become the illustrious Cal Performances series at UC Berkeley.

Although this production is the first Racine play in the history of the American Conservatory Theater, both A.C.T. and its historic home have hosted many distinguished tragic actresses in some of the most demanding roles of the dramatic canon. McKenna joins this pantheon of talent, which includes Bernhardt herself, who took over the American Conservatory Theater (then called the Columbia) in 1911, performing seven different tragedies over the course of eight days. Other such actresses include Judith Anderson in the title role of Medea (1948), Michael Learned as Cleopatra in Antony and Cleopatra (1971), Elizabeth Peña in the title role of Antigone (1993), Olympia Dukakis in the title role of Hecuba (1995), Susan Gibney as Mary Stuart and Caroline Lagerfelt as Queen Elizabeth in Mary Stuart (1998), and A.C.T. core acting company member Renè Augesen as Annabella in ‘Tis Pity She’s a Whore (2008).