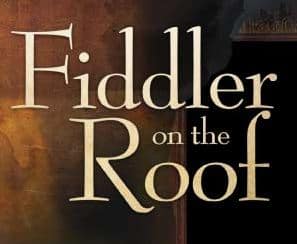 Fiddler on the Roof opened this week at the Golden Gate Theatre in San Francisco. The famous Broadway show first opened in 1964 and was the first run of a musical in history to surpass the 3,000 performance mark. It is now the fourteenth longest running show of all-time. Thanks to SHN, the show hit the Bay Area this week in style. Crowds flocked to see it on opening night. Electricity was in the air!

There are many questions though. Would the musical feel fresh, relevant today, after 47 years? And would Harvey Fierstein be involved, somehow? We’ve heard that he may even be in the show.

At 2 hours and 55 minutes (including a 15 minute intermission) it’s a marathon show. It runs through February 21.

Clint and Loni from Stark Insider were on location again for the opening night, walking the streets, mingling among the crowds. With the video rolling, anything can happen.

Stay tuned for the full review of Fiddler on the Roof coming soon.