I discovered Foursquare during the Christmas holidays in Ottawa, Canada which is why GoodLife Fitness was the first place I was crowned mayor.

When I say discovered, I mean the moment I actually became hooked on checking into places that I ventured into. I had known about Foursquare for a while as some of my friends were already playing the game. I would see their annoying updates appear on my Twitter or Facebook stream. Finally, curiosity won me over and on my flight out to Ottawa to see family, I downloaded the iPhone Foursquare app and started to check into the various connecting airports and venues while on holidays.

At first, I found it amusing trying to unlock another badge or score some mega points by entering a new location. Then it was the exhilaration of being crowned the mayor of a local spot. And I affectionately remember the email I received promoting me to a “super user.” I realize it was an automated email, but it still made me feel special… for a second. I did learn a lesson on the way. When I was crowned mayor of a Rotten Robbies gas station I thought that perhaps it was not so cool an honor. Meanwhile, folks like Eugene L— or Matthias Z— had become mayors of trendy venues such as Coupa Cafe in Palo Alto.

In the back of my mind I wondered how long it would take for the novelty to wear off. Not too much time lapsed until I also downloaded the Gowalla iPhone app  to compare the two. I knew that at some point location-based advertising was going to start and this would monetize the platforms.

It was at the least expected moment though that it hit me. While checking into San Francisco Symphony, a banner labeled, “Special Here ->” appeared.

Now we have a real game in the location-based social networking space. Game on! 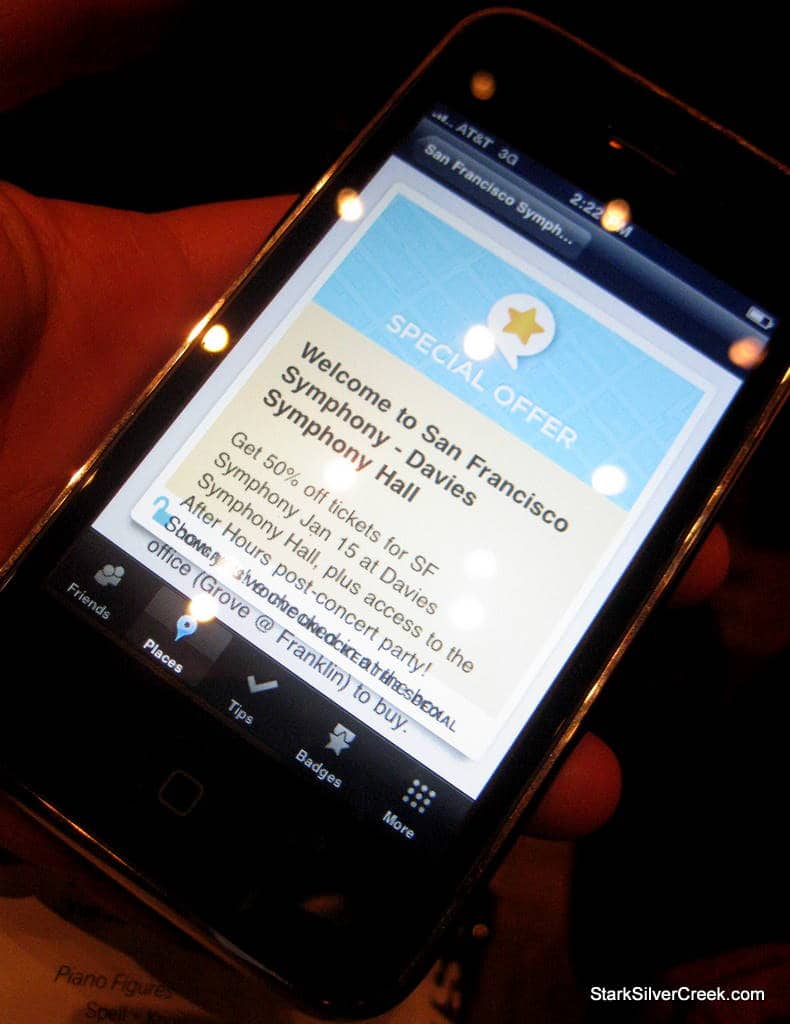