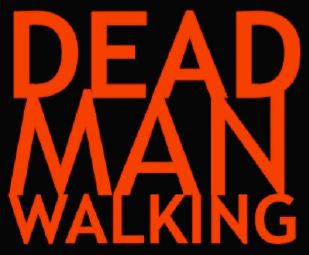 City Lights Theater Company of San Jose proudly presents in partnership with Notre Dame High School and courtesy of the Dead Man Walking School Theatre Project, DEAD MAN WALKING – by Tim Robbins (Based on the book Dead Man Walking by Sister Helen Prejean). The production previews on Thursday, January 21st and Friday, January 22nd, 2010 with the Gala Opening Performance on Saturday, January 23rd, 2010, the Death Penalty Benefit is on Friday, January 29th, 2010, and a post-show discussion will be held on January 31st, 2010. The production is scheduled to run through February 21st, 2010.

DEAD MAN WALKING is the story of Sister Helen Prejean who is acting as spiritual advisor for Matthew Poncelet, a rapist and murderer condemned to death, she finds herself drawn into a struggle to save not only his life but his soul. As the killer’s time grows short, Sister Helen realizes that there is only one way she can free him – by making him face the truth of what happened the night his victims died. Tim Robbins’ gripping adaption of the Academy Award winning film, courtesy of the Dead Man Walking School Theatre Project, forces us to reconsider what justice really looks like and what it means to find redemption.

Actor, director, producer, and screenwriter Tim Robbins brought the story of DEAD MAN WALKING (Based on the book Dead Man Walking by Sister Helen Prejean) to film in 1995 (which earned him an Oscar nomination for Best Director) and then to theater as of 2002. Instead of taking the play to Broadway, however, Tim decided to use the play as a tool to create deeper reflections on the death penalty in our nation’s high schools and colleges. He formed the Dead Man Walking School Theatre Project, in 2003. Tim required that any school producing the play must also agree to involve at least two other academic departments (law, sociology, criminal justice, etc.) to provide courses related to the death penalty and “Dead Man Walking.” Art and music departments were also encouraged to develop related creative projects. Discussion groups, prison visitation, and other activities were soon added to the mix. Since the launch of the project in the fall of 2003, more than 170 educational institutions — high schools, colleges, and universities — have produced the play in the U.S., including Puerto Rico, and also in Canada, England and Africa. These schools have conducted academic courses on the death penalty, and brought the issue to life on their campuses through art, music, and public education and action events.

With all this being said City Lights Theater Company is the first theater company to be given the honor of presenting DEAD MAN WALKING. City Lights is working hand in hand with Notre Dame High School and Sister Helen Prejean to bring this story of redemption to the Bay Area. A Death Penalty Benefit is also being held on January 29th, 2010 where Sister Helen Prejean will be speaking and other potential guests might attend such as: Sean Penn (Actor), Mike Ferrell (Actor), Jack Heggie (Composer of DEAD MAN WALKING opera), and Frederica Von Stade (World Renowned Opera Singer). For information such as ticket availability, pricing, or even donations please visit:

Amanda Folena (Director) Amanda has a BA in Theatre from the University of Southern California and an MFA in Acting from Purdue University. Special honors include the Jack Nicholson Award for Best Actress, the USC Dance Award for Best Choreography and the National Irene Ryan Award at the Kennedy Center ACTF National Competition in Washington, D.C. She has worked extensively with Summer Repertory Theatre in Santa Rosa, CA; directing/choreography credits include The Producers, Kiss Me Kate, Seussical, The Full Monty, and Beauty and the Beast. Amanda has also worked for San Jose Repertory as the Choreographer and Assistant Director for The 25th Annual Putnam County Spelling Bee and the Movement Consultant for As You Like It. In addition to working in theatre, Amanda has experience in television commercials and voice-overs with KTVU Channel 2 Productions, The Granville Group, and Wildwood Productions. Amanda is currently on the artistic staff at City Lights Theater Company and works as a dance instructor at several fitness centers in the Bay Area.

THE CAST features City Lights’ Executive Artistic Director, Lisa Mallette* (CLOUDS HILL, STRING OF PEARLS) playing Sister Helen Prejean who is acting as spiritual advisor for Matthew Poncelet who is a rapist and murderer condemned to death played by Thomas Gorrebeeck who has been onstage in several City Lights shows (THE THREE MUSKETEERS, FIRST PERSON SHOOTER). Sister Helen realizes that there is only one way she can free him – by making him face the truth of what happened the night his victims died. This story forces us to reconsider what justice really looks like and what it means to find redemption.

City Lights recognizes its donors, without whom this production would not be possible. DEAD MAN WALKING is supported as a part of City Lights 2009-2010 Season by Arts Council Silicon Valley, the City of San Jose, The David and Lucile Packard Foundation, Silicon Valley Community Foundation, and by the contributions of many generous individuals.