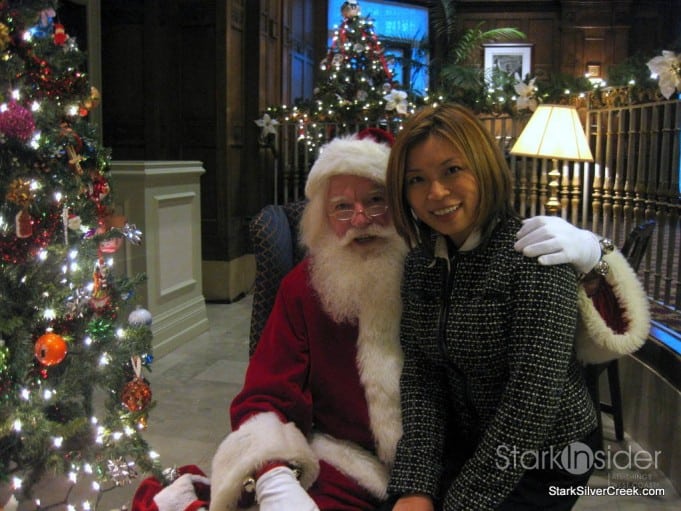 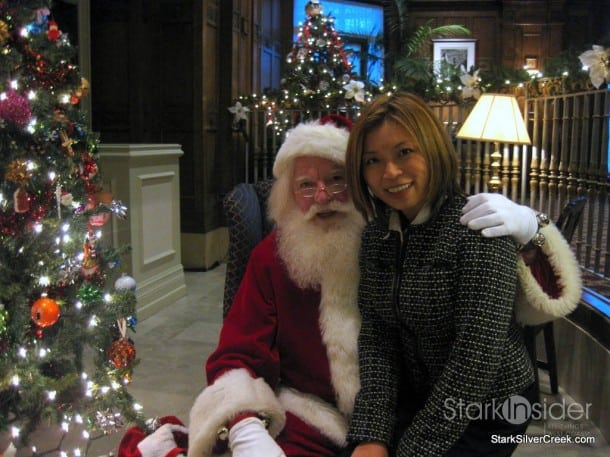 Afternoon tea at the Château Laurier has become a holiday tradition. This year, we decided to make reservations on a day where the Château hosts their traditional ‘Tea with Santa’. The event is held for a couple of days before Christmas.

Unlike their usual afternoon tea which has staggered seating and a selection of treat towers ranging from Champagne to Canadian themes, the ‘Tea with Santa’ has two designated seating times each day and a fixed special Christmas selection for adults and children.

The adult’s menu includes freshly baked traditional and cranberry scones, tea sandwiches, Christmas log cake and mincemeat tart ($37). The children’s menu changes things up a little with chicken fingers, carrot and celery sticks, Yuletide cookies and fruit tartlet ($23). My favorite treats on the adult towers were the scones paired with a dollop of Devonshire cream and strawberry jam from Ottawa Valley. The scones had wonderful texture, light and moist.

The atmosphere was also filled with holiday carols accompanied by a grand piano at the entrance.

About forty five minutes into the meal, Santa Claus finally arrived and the lively atmosphere kicked up another notch as the children all perked up in their seats in excited anticipation for Santa to visit their table.

Santa came to our table and even though we didn’t have any children, this did not stop me from sharing a bit of banter with the old man himself. According to Santa, the most popular wish by children is for a Nintendo DS. For adults, Santa said the most common wish was for ‘world peace’. Is this what you asked for dear reader?

Yvon Lambert, Director of Food and Beverage also dropped by our table and I found out that Santa’s beard was indeed real. This is a very desirable quality in Santa and this particular Santa is quite well-known in the Ottawa area. Yvon had to book Santa about six months in advance with Santa’s agent. Yvon has been the Director of Food and Beverage at Château Laurier for the last four years and before that, he held the position at the Fairmont in New Orleans until Katrina hit. Besides the ‘Tea with Santa’, other afternoon tea events that are children-friendly include the princess tea themed events and birthday afternoon tea.

Just as I popped the last morsel of cranberry scone into my mouth, I heard the sound of little children and Santa singing from the grand piano at the entrance of the tea lounge. I couldn’t resist and join in the festivities. There were high chairs positioned all around the grand piano and little kids singing to their favorite Christmas songs.

After some Christmas songs, we all followed Santa out to the hotel foyer where he gave out little stuffed dogs with Santa hats on them and listened as children (and some adults including me) told him what they wanted for Christmas.

What did I ask for? It’s a secret.