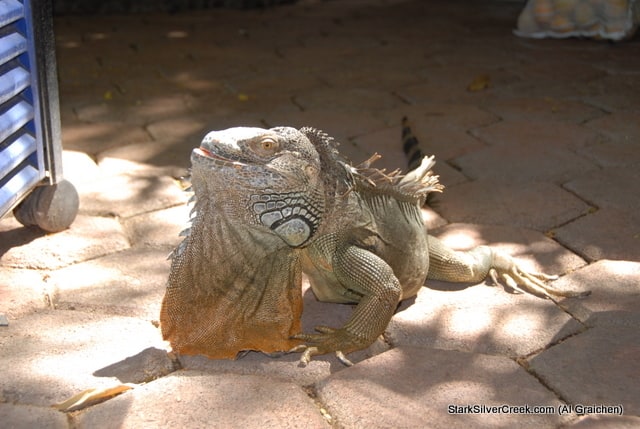 Yes, it feels like a Jimmy Buffet day, today. The sun is out and the heat is rising fast. It did not feel as humid during my morning walk around the beach and golf course, so that is good.

The beach is a bit of a mess from all the driftwood that was blown around during the hurricane. The tide was in this morning pushing water all the way to the sea grasses that help to hold the sand in place. As we neared the Inn, I counted 6 palapas that have had their tops destroyed by the storm. One, although it still had a top was all but uprooted from the sand and was leaning at a precarious angle.

The golf course was being “maintained” by a few workers. It appears that whoever is doing the cutting should raise the blades a bit. There are many sections where the grass has been “cut” right down to the soil. As we wandered I noticed that there are a number of sand traps that have become mosquito breeding grounds as they are now water hazards instead of sand traps. In one, there must have been well over a foot of water. 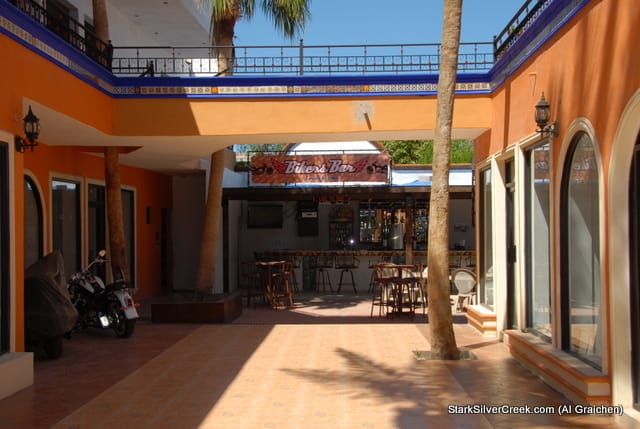 With the tide in, the water in the estuary was quite high. In fact there were places where the water was actually over the banks and flowing onto the pathway. Quite a few of the palms along the southern section next to the highway have lost their tops from the storm. It remains to be seen if they will regenerate; right now they look rather dead.

Yesterday morning was an adventure. On my last trip down I noticed one tire had a crack in the sidewall. Upon further inspection 3 of the 4 were in the same shape. The Baja sun had performed its “magic” on the rubber. Storage in the heat has not helped much either.

So, after checking around I discovered that the Goodyear shop at the entrance to Loreto may be the only location in town with a tire balancing unit. Someone that has a business in town told me that he’d used them a number of times and they were always good. So I stopped by last Friday to see what could be done.

One of the mechanics saw me looking around and in better English than my Spanish asked if I needed help. I told him I needed 4 tires and specified the size, asking about the brands they carried as I wanted a specific type. He said no problem and checked his books, then showed me the price. A little more than what I might have paid at Costco but hey, there was no way I was driving to Cabo on those tires. Besides I’d spend that much extra in gas just to get there and back. 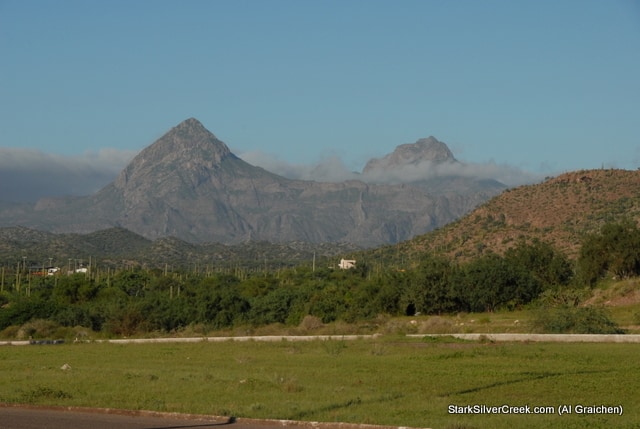 He told me he could have them on Saturday, then, said, maybe Monday would be better just to be certain. So Monday morning I showed up. The tires were delivered on time and an hour later off I went. One more place that will get my return business.

Walking down the “historic” section of Salvitierra I noticed some additional “new” additions to the community. The new juice stand has a mascot that was as interested in Mandy as Mandy was interested in him. Also, there’s a new “Biker Bar” in town located in the back of the renovated “mall” between the Loreto Style “tourist shop” and La Mina de Taxco jewelry store.

The streets however were pretty deserted of tourists. A few were seen roaming town on the La Mision’s 4-wheelers but not very many.