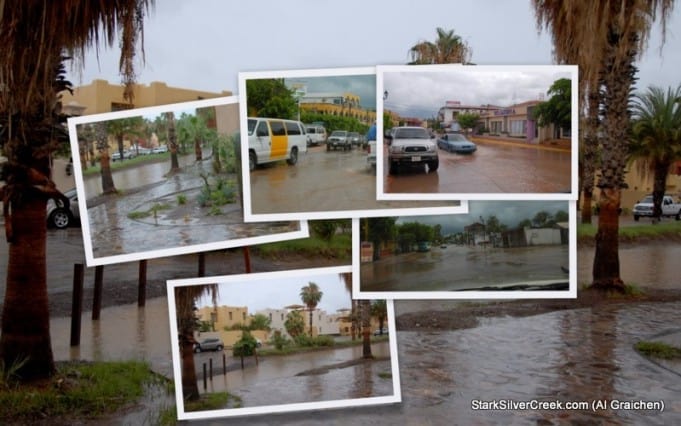 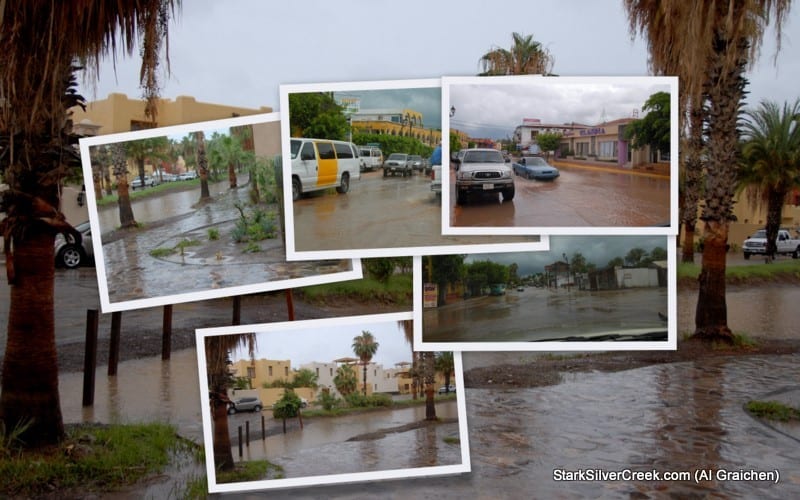 Sunday found the sun out again and the temperatures rising fast. This was a welcome change from the streets of Loreto yeterday (photo). It was 92 by the time we managed to get ourselves in to town and the Farmer’s Market. Unfortunately we could have saved ourselves the trip as there was not much available. Only one stand had any fresh vegetables, and very few at that. They were breaking down their stand at 9:00 AM and preparing to clear out.

We were able to find a few limes, peppers, and bananas, but that was about it. None of the food stands were up, only a few of the clothing and tool “shops.” So, it was back to Pescador which by comparison with the two other larger stores in town, was surprisingly the only place with anything resembling good vegetables, and then you had to search. Dali’s frozen veggies are starting to become a real possibility.

We had dinner at the Inn last night. There were three people in the pool and three more in the Pool Restaurant eating. Two more arrived for dinner in the two hours we spent relaxing and watching the moon rise over “the Rock.” The one waiter and two kitchen staff were not busy but service was as you might expect, very relaxed. The waiter did make a great margarita and if I recall correctly 75 pesos for Roposado is less than the previous menu. Interestingly, we got two bills; one for the bar and one for the kitchen. Each was separate.