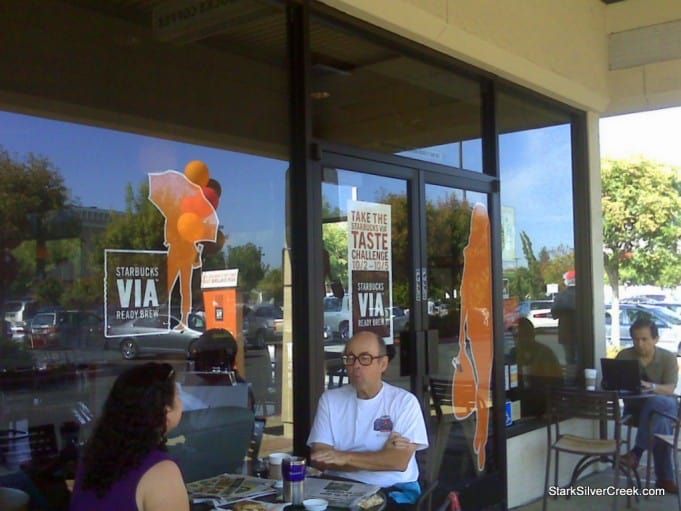 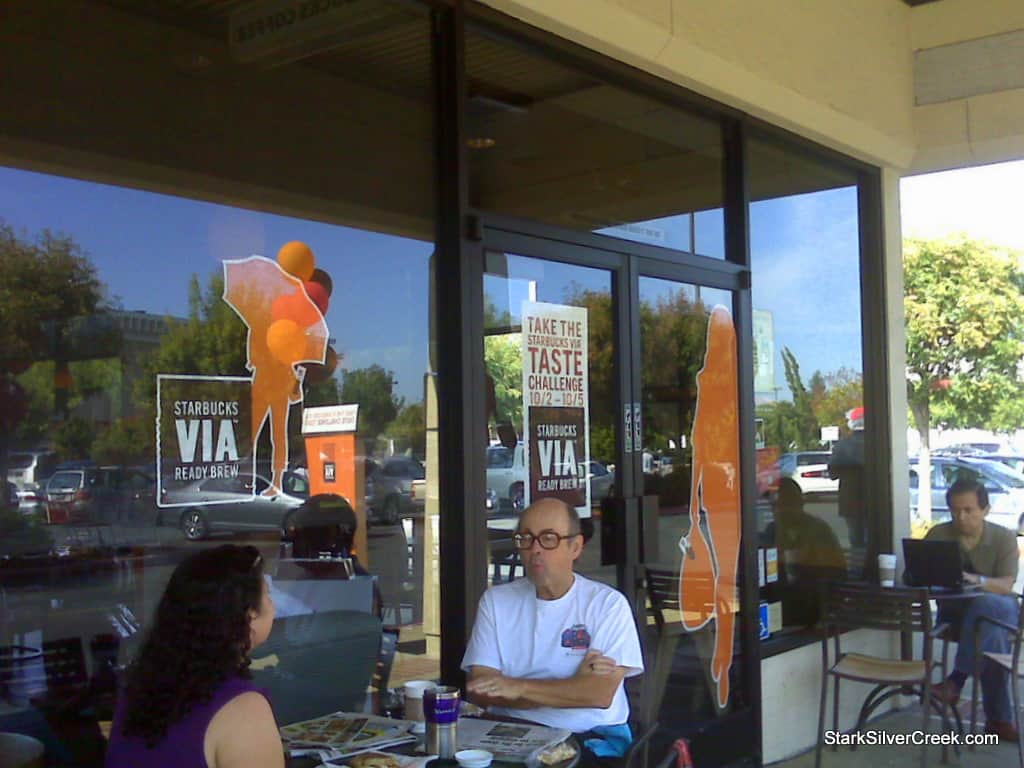 As I was getting off the elevators at an Austin hotel on Tuesday morning at 7:30 am, I was reminded of this photo I took on Saturday at the Almaden Starbucks.

Saturday, I had met my aunt for a chat over two skinny cafe lattes. The Starbucks was so abuzz with activity that we decided to pull two chairs and sit at the very edge of the sidewalk curb so we could catch the last of the summer sun on an otherwise chilly fall day. I was puzzled at the VIA instant coffee being promoted because wasn’t Starbucks about the experience?
Fast-forward to Tuesday morning as I was heading down from my room to the conference to present on the ‘Lessons from Social Media for Government Agencies’, I bumped into a woman who already had a Venti Starbucks in her hand.

I made a friendly comment that I was impressed with her foraging skills so early in the morning. This prompted her to smile and give precise details on how from the front of the hotel you could stumble your way to the nearest Starbucks. Yes, she is probably the target market for the latest in convenience and instant gratification.

Me: “Have you tried the Starbucks VIA? Seems it was made for someone like you.”
Women: “Oh, my friends just bought me some!”
Me: “Oh.”

Of course, her friends had already gotten to her. I haven’t tried it yet. I wonder if you needed an instant shot of alertness, could you just drink it in its concentrated form? Or perhaps bartenders are already trying out fancy mixed drinks with it. Or maybe poured on top of a rich scoop of vanilla ice cream. Ah, these ideas must be music to Starbucks’ ears.

P.S. Dear Starbucks, I do find it annoying your website where people can add comments and photos ONLY has positive reviews…hmmm…