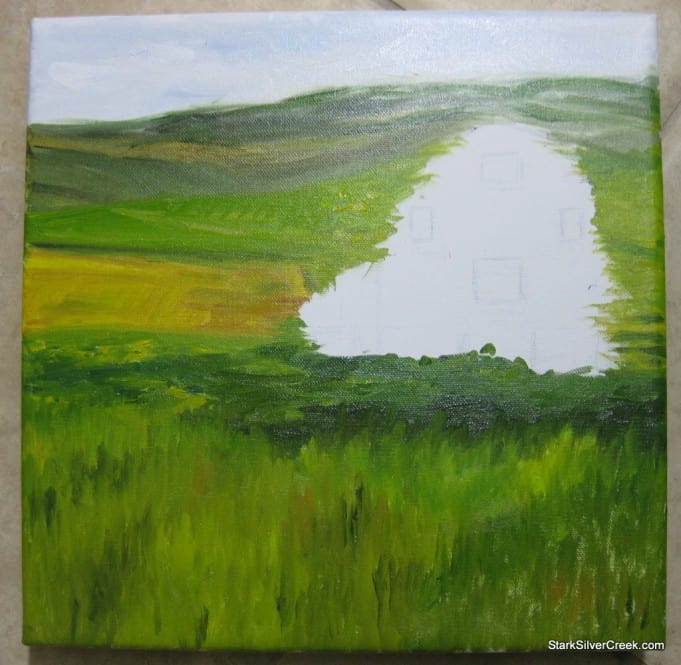 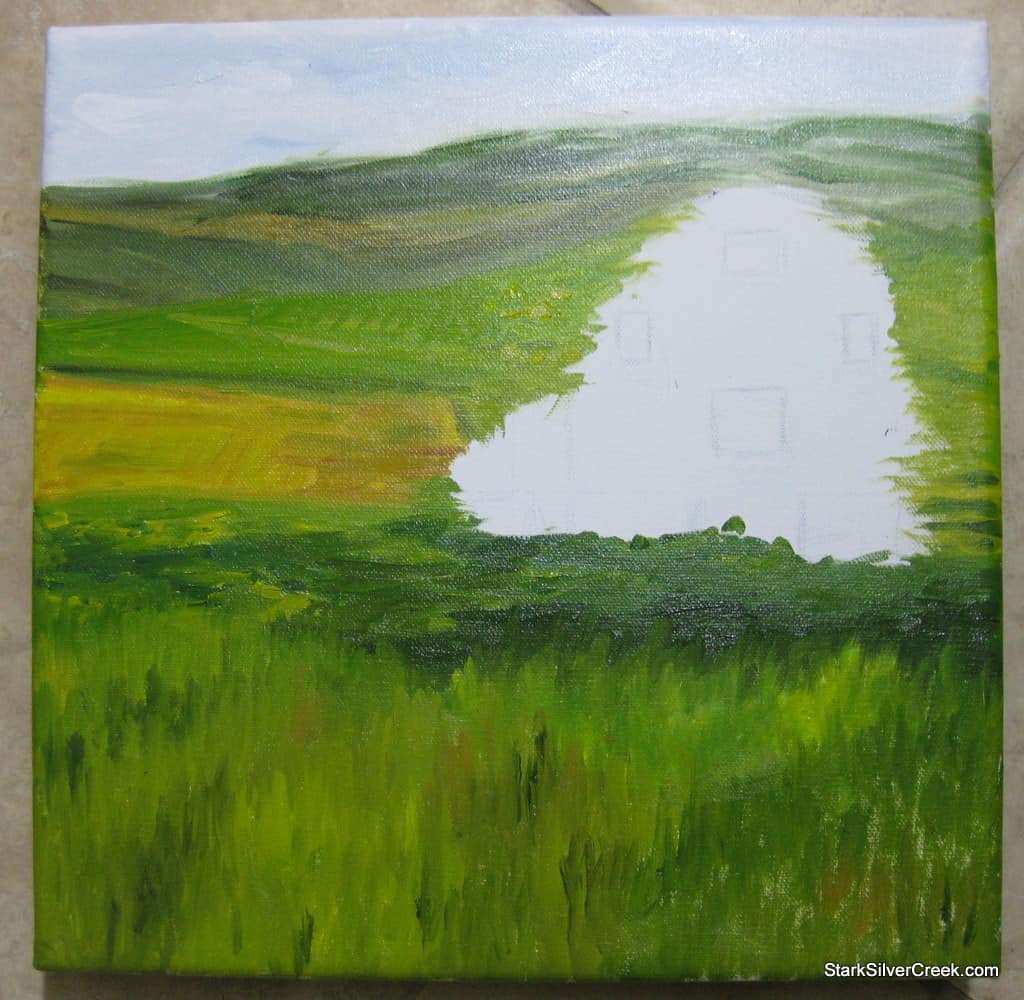 Today was my fourth oil painting class with Lee Hartman at University Arts here in San Jose (ed. – check out the new show, “The Artist Diaries” and experience Loni’s adventures in art!)

I have finally finished off my first two pear paintings adding some water droplets for visual interest and also because it is a basic element of an oil painting to learn how to do. Lee demonstrated this technique on my single pear painting and then I tried to follow her steps in the painting with the three pears.

Next week, after both painting have settled (some experts believe an oil painting doesn’t really dry until 80 years after its been painted), I’ll be adding a protective coating to these two painting which will also give it a nice sheen.

However, just as I am typing these words, I realize I haven’t yet signed either of these paintings. Part of the reason is I have to purchase a signing brush. However, the real reason is I don’t know how I should sign them: “Loni Stark”, “Loni K. Stark”, “LKStark”, “STARK”… Also, what should be my style? Big, bold block letters, or a swirly meandering scribble? If Lee were here, she would probably roll her eyes at me in exasperation that I would even spend so much time on such thoughts and exclaim, “Oh brother!” 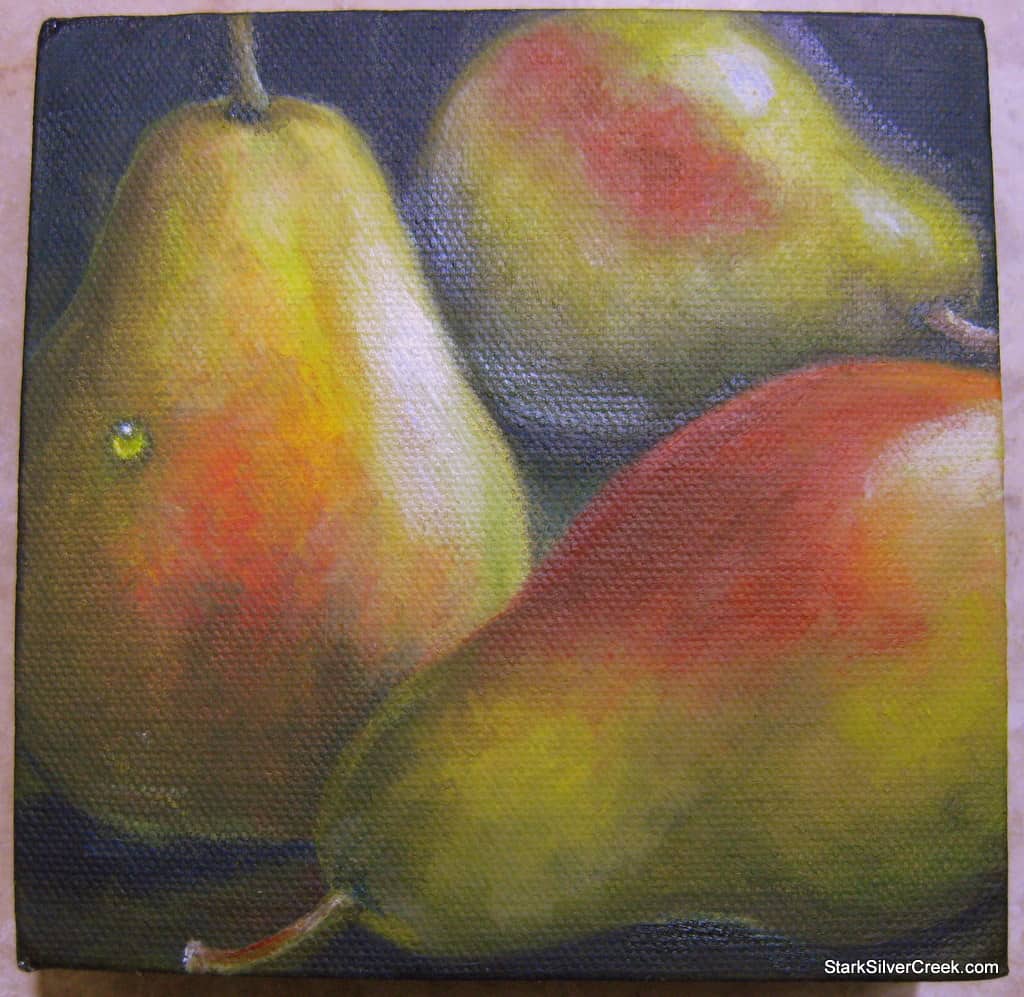 Now what has really caused me some angst this week is painting number three, which is about 6 times larger than the pears although you could never really tell from these photos. I had mentioned to Lee that I wanted to paint in an Impressionist style (with my own flair of course) so this third painting of a red barn amongst a field will be attempted in that style.

So far Lee has been telling me what to do step-by-step and I have been faithfully trying to follow them. However, unlike the pear projects which I had always had a good sense that they were going to at least turn out to look like pears, I am considerably less confident about this red barn painting. Yet, it is what makes this third painting exciting and interesting. 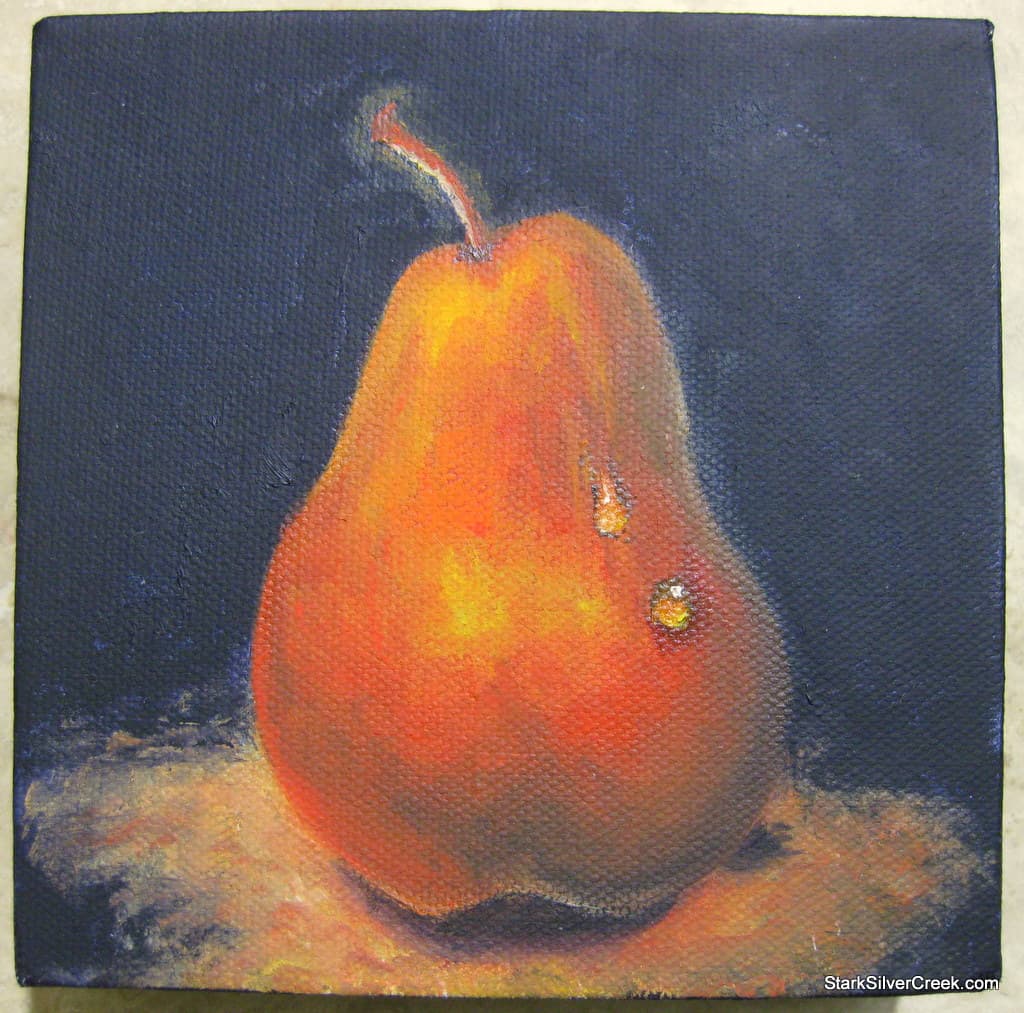 I mentioned in my last post that there will be an art show for students of Lee Hartman to display their works. I hope some of you can make it there. Here are the details:

There will be champagne and desserts.