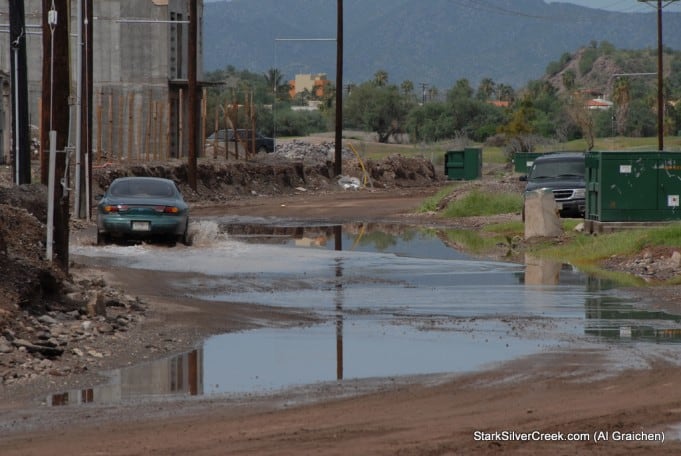 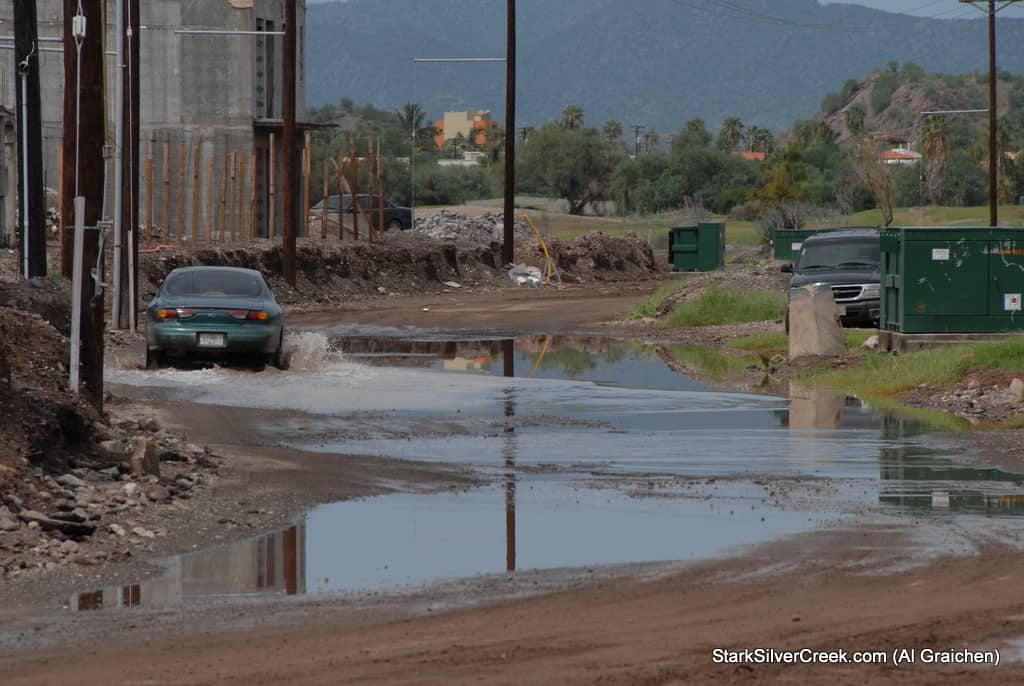 The weekend has arrived, dark and dreary. Overnight the street in front of our Casita has been transformed into a swimming pool. Not as bad as the streets of Agua Viva, but enough to make walking the streets uncomfortable.

The sun came out about 1:00 and we headed to Del Boracho only to find out that Mike will not reopen until October 13. Next stop was Tia Lupe since it still looked a bit like rain. The streets of Loreto had a couple of inches of water on them making driving “fun.” Water was gushing in all directions as the cars sped down the streets.

We were the only diners in Tia Lupe. Carlos told us that business was starting to pick up a bit, but in general it was still quite slow. He said things were tough, but they were getting by. A group of Government workers had been in town so they had 20+ people for 3 consecutive days. We heard a similar story last night at Domingo’s when they were setting up for two groups to handle 30 people.

Photos of the first day “in country” have been loaded to Flickr. They show a bit of the water that is still remaining after the storms as well as some of the damage to tower roofs.