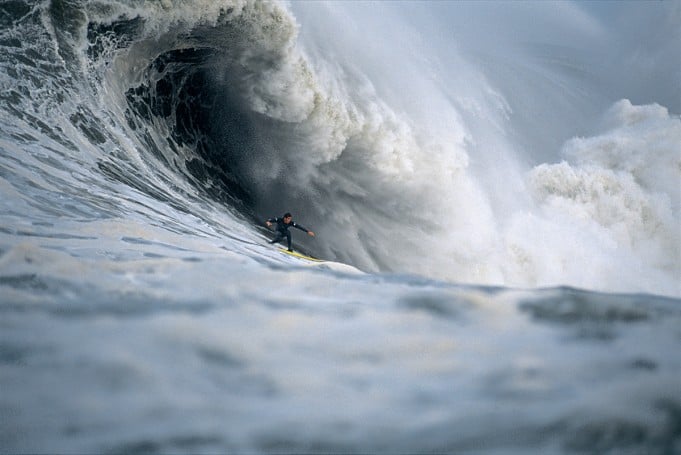 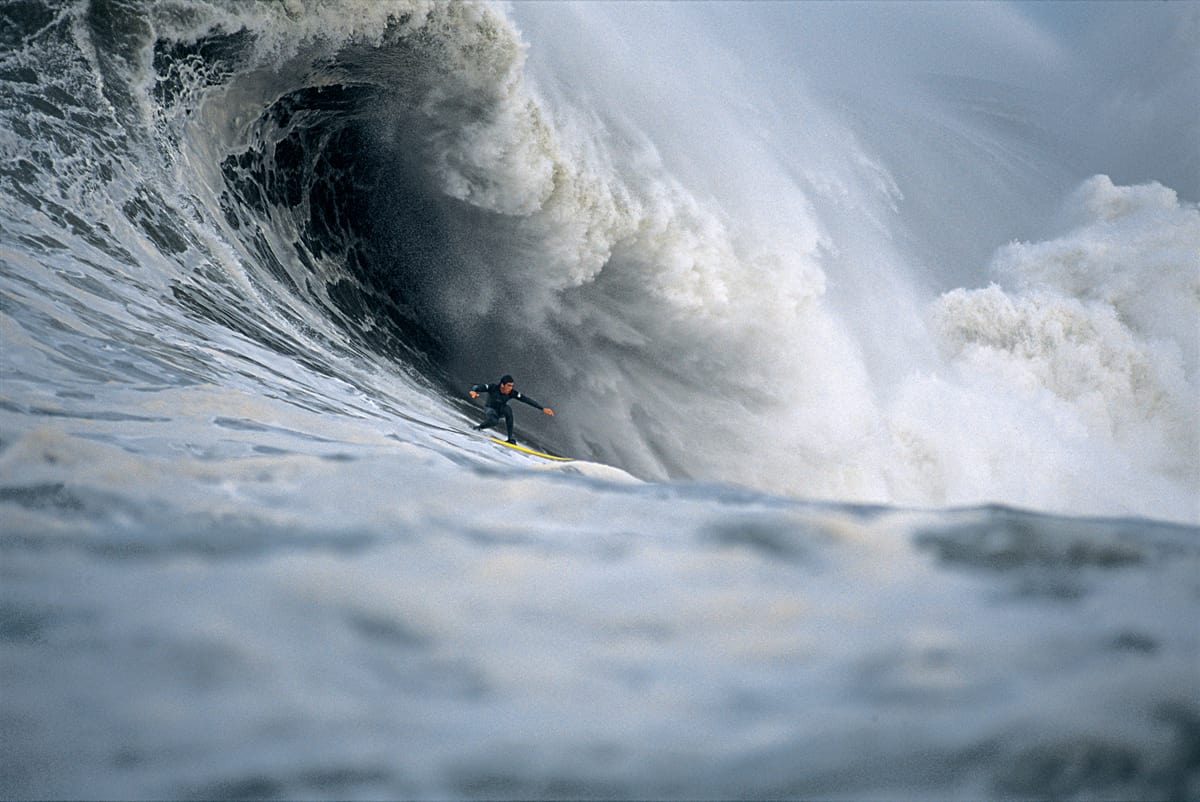 Come late October Sonoma County will not only welcome a new crop of
world class wines, but the award winning photography of some of Action
Sports best lensmen. “ Mavericks – Everest of the Seas” comes alive
again just in time to set the stage for another epic Big Wave Season.

Sept 14th 2009
Half Moon Bay, Ca
Mix two of Northern California’s finest institutions – big wave
surfing and the wine country – and you have what promises to be an
amazing weekend at the Longboard Vineyards Tasting Room in Healdsburg
October 23 – 25.

Relive heroic battles between man and wave as seen through the eyes of
the cutting-edge photojournalists who risk life and limb to document
the wave’s intense man-against-the-sea drama and obsessive lifestyle
of Maverick’s elite riders.

Oded Shakked, a longtime surfer who founded Longboard Vineyards, will
be unveiling his latest release, The Peter Mel/Mavericks Cabernet
Sauvignon. This signature wine will be blended by not only Shakked but
guest vintner, Peter Mel.

Mel, one of the most respected names in Big Wave Surfing is known as
perhaps the most skillful surfer ever to ride Mavericks. The famed
spot off the Half Moon Bay. In October of 1998 he was whipped into to
what is now considered the biggest wave ever ridden… Mel along with
the featured photographers, surfboard shapers and wine makers will be
on hand for the Friday night reception. The reception will begin at
5pm and run until roughly 9pm.

Longboard Vineyard has always had a soft spot for surfers. It’s a
place where you can hangout at a redwood-surfboard bar, or sample one
of its award winning wines while kicking back on a comfortable sofa
watching surf movies. For this harvest weekend event Shakked has
enlisted “Mavericks: Everest of the Seas,” the heralded collection of
Mavericks surf photography from Frank Quirarte, Doug Acton, Seth
Migdail and Ed Grant.

“Everest of the Seas” first made its debut recently at the Coastal
Arts League Gallery in Half Moon Bay, drawing large crowds and an
enthusiastic response. It just finished a one-month highly successful
run at San Francisco’s world class Museum and Gallery, SFMOMA.

“Everyone who sees the exhibit is just blown away,” said Grant, the
curator of the Coastal Arts League Gallery. “Both surfers and non-
surfers can’t help but get caught up in the energy and stoke that
surrounds Maverick’s, the surfers and photographers who put it on the
line every time they go out there.”

The event also represents a high point in the career of Oded Shakked,
who was born in Israel and grew up near a beach just north of Tel
Aviv. Immersed in surfing from the start, he made several trips around
Europe’s Atlantic coast while discovering, to his delight, that “it
was easier, cheaper and safer to drink good red wine than bottled
water.” His twin loves of surfing and wine brought him to California,
where he studied winemaking at UC Davis and became enamored with the
people, climate and rich soil of Sonoma County. He founded Longboard
Vineyards with the motto “Wine, waves and soul,” making it a highly
unique fixture in wine country.

The October 23-25 weekend will also feature the sale of surfboards and
memorabilia, along with Acton’s acclaimed book, “Inside Maverick’s.”
Admission is free.