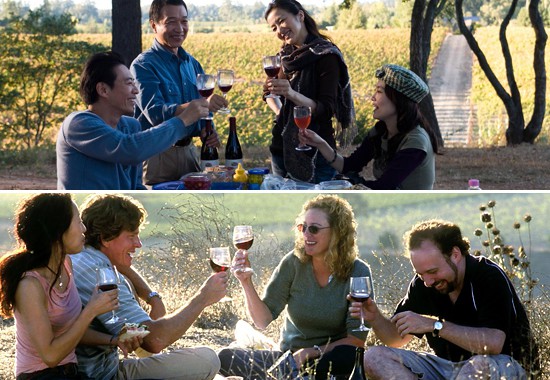 So, will sales of Merlot decline in Japan? No, according to Gluck , who grew up in Kobe, Japan the son of an American father and Japanese-American mother. “To convince the Napa faithful that Merlot(nor any other varietal for that matter), would be disparaged as it was by Miles in the original, we asked everyone to read the script.”

“Sideways” opens nationwide in Japan on October 31st, distributed by Fox Japan. US and worldwide distribution plans to follow.