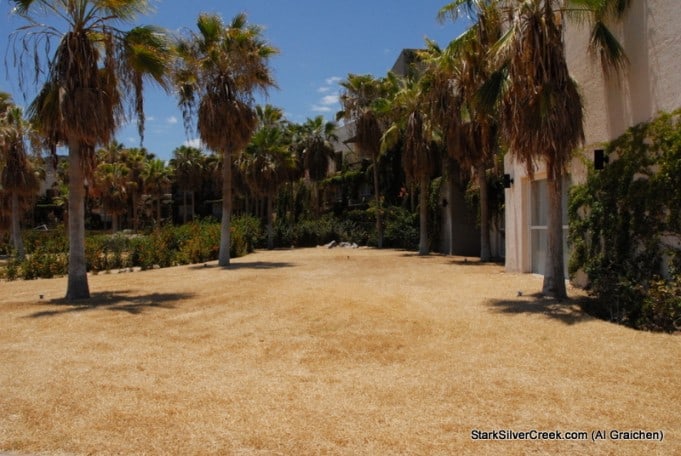 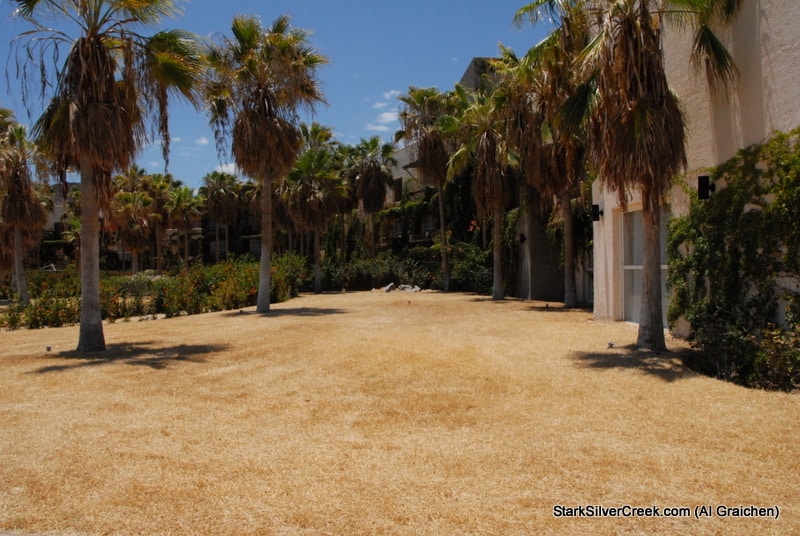 Dateline Loreto, August 5, 2009. The sweltering heat has subsided slightly. The humidity this morning at 7:00 AM was down enough to make walking the beach rather comfortable. The sight of the Inn is still sad, but I noted that there were a few sprinklers on and some workers cleaning up around the grounds. Grass be pretty resilient so hopefully with a bit more water we’ll see green again later in the year.

The golf course is being maintained. It’s not being cut with great precision, but it’s being cut and watered. In general it actually looks better than the Blackhawk course back home in Danville.

Walking around the estuaries, I noticed a number of golf carts and people on the elevated tee that overlooks the ocean. It seemed odd that the golfer at the tee appeared to only be practicing his swing, and the one near where the pin should be kept walking to his cart, only to return to the green.

Upon closer inspection, a film crew was seen on the upper tee. As we got closer, we could hear the director giving the actors their orders.

As we rounded the corner that led to the next tee, two trucks were parked. One van had the insignia and lettering of the Secretaria de Tourismo. Hopefully this is good news for the reopening of the Inn and Golf club.