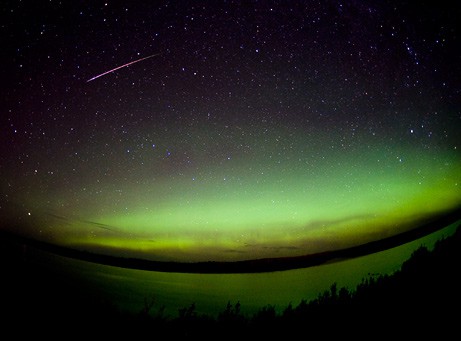 I just read on the National Geographic web site, that tonight is going to be quite the show up in the skies.

In fact, according to the site, it could get quite exciting: “you might see more than 80 meteors an hour streak across the sky during the best viewing time.”

The biggest challenge will be getting the right conditions to view the show. Generally you want darkness. Lots of it. They recommend you get away from city lights. And avoid staring into the moon which will not help your pupils adjust to the dark.

It all sounds kind of astro-nerdish, but exciting I guess. Curiosity peaked, I continued to read the NG article, and learned even more:

The Perseid meteors are bits of 2,000-year-old debris left behind by the periodic comet Swift-Tuttle. Earth’s atmosphere collides with the debris at more than 38 kilometers (23 miles) a second.

The meteors generally get incinerated before they can strike the ground, creating the streaks of superheated, glowing air we call shooting stars.

But I’m sure you’re wondering: where is Twitter in all of this? It turns out front and center actually, yet again. Using the Twitter hash mark “#meteorshower” enables people to share real-time thoughts, photos and ohhhs and ahhhs together—at least virtually. 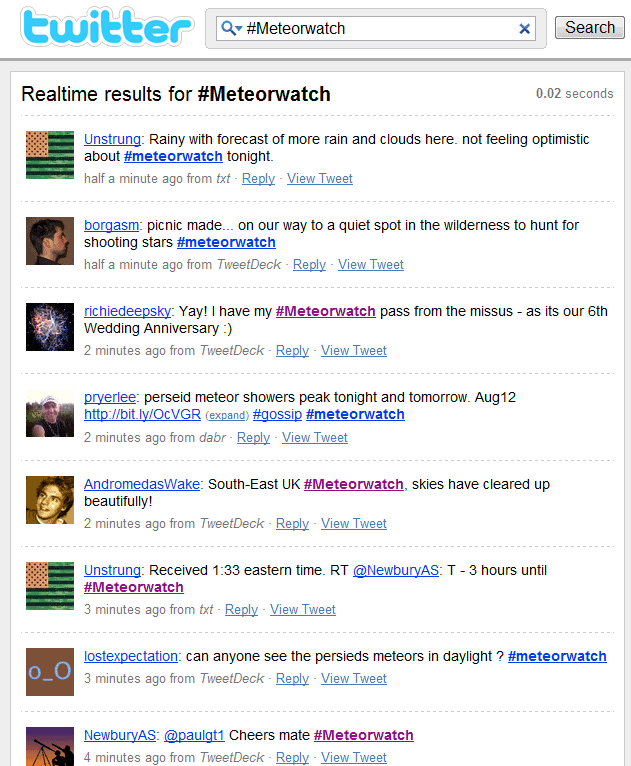