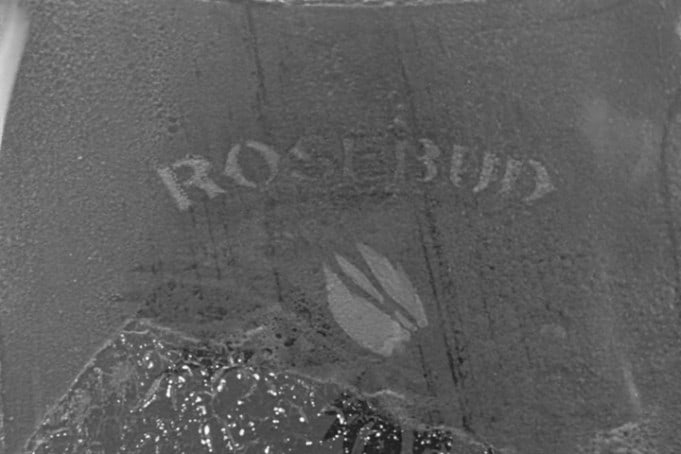 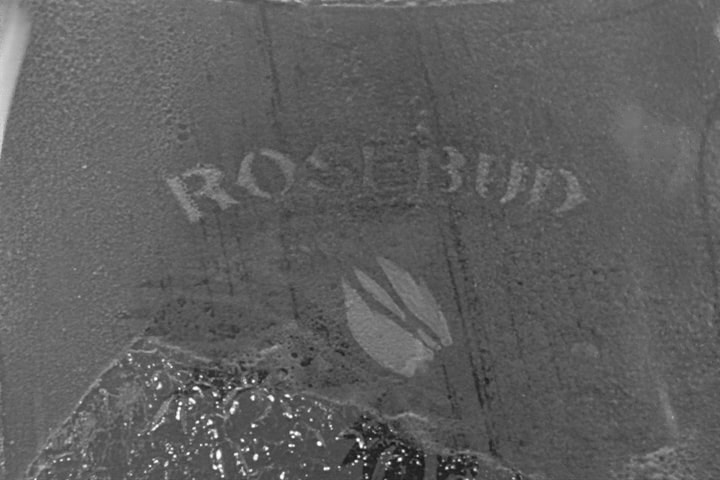 Newspaper industry. Publishing magnate. Power? It must have been the 1940s… could this same movie make any sense today?

Citizen Kane is a timeless classic.  And “Rosebud” perhaps one of the most famous words to ever be uttered on the golden, cinematic screen. Less is more. I like it!

Orson Welles, explaining the idea behind the word “Rosebud,” said, “It’s a gimmick, really, and rather dollar-book Freud.” The symbolic sled ‘Rosebud’ used in the film was bought for $60,500 by film director Steven Spielberg in 1982, at the time the highest price paid for a piece of film memorabilia. Spielberg commented, “Rosebud will go over my typewriter to remind me that quality in movies comes first.” According to Peter Bogdanovich, Welles’ reaction to Spielberg’s purchase of the sled was “I thought we burned it…”