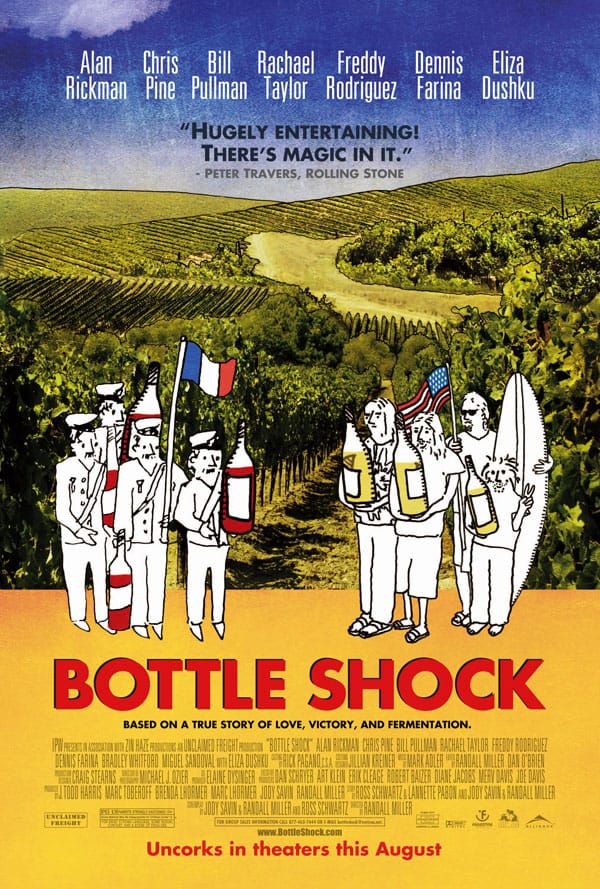 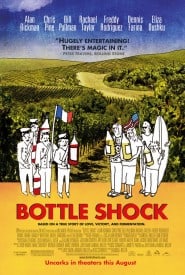 August 24, 2009, NAPA VALLEY, CA
The producers of the independently financed, produced and distributed film Bottle Shock have done it again. This time they are announcing a Bottle Shock Getaway Contest and tapping into social media networks to spread the word.

Bottle Shock is based on the real events surrounding the 1976 blind tasting in Paris pitting California wines against the French. The film stars Alan Rickman, Bill Pullman, Chris Pine, Freddy Rodriguez, Rachael Taylor, Dennis Farina and Eliza Dushku. Bottle Shock was shot in Sonoma and Napa during August 2007, and premiered at the Sundance Film Festival in January 2008. When big studio buyers weren’t acquiring films that year, the producers of Bottle Shock opted for a do-it-yourself theatrical release, raising more funds and hiring Freestyle Releasing to run a marketing campaign and book the film into as many as 400 theaters across the country last August through October.

Now the film is available on DVD courtesy of Fox Home Video. An estimated 3 million people have enjoyed Bottle Shock to date, but the film’s natural target audience of wine-lovers is over 20 million in the U.S. alone. The producers are now turning to social media to leverage the existing excitement about the film and encourage millions more to watch and enjoy Bottle Shock.

The contest encourages viewers to watch Bottle Shock, and share their experience – including what wine they were drinking, who they were with, where they were etc., through an interactive blog. The winners will then be hosted for an amazing Bottle Shock experience.

The best story will be determined by the Producers of Bottle Shock in October, 2009. To find out more, visit Bottleshockmovie.com.