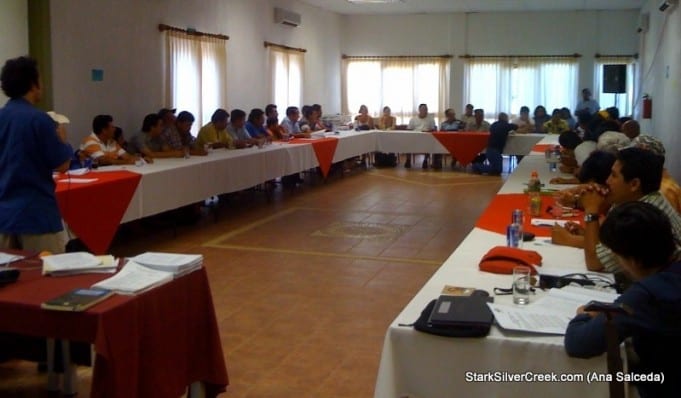 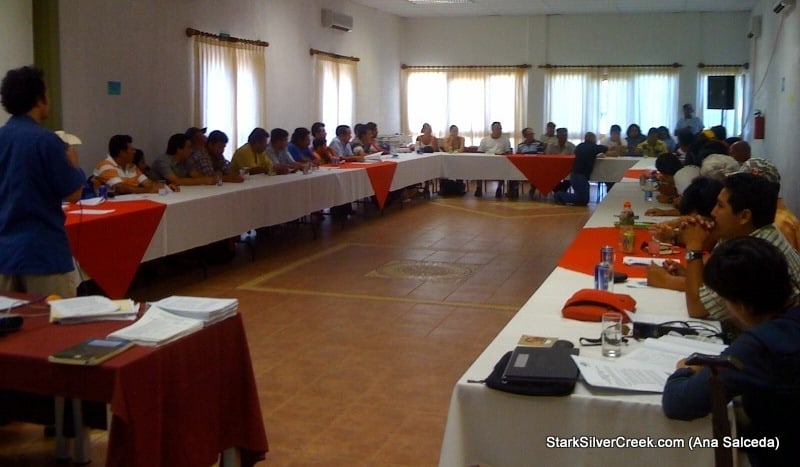 I’ve just come back from Loreto, BCS where we held the third round of meetings to plan and set the direction of management for the Loreto Bay National Marine Park. All of the five sectors, including commercial fishing, tourism and developers, were working together for three days in order to get 26 new rules.

I would like to highlight the fact that we have new 10,000 hectares protected as marine reserves which represent all of the ecosystems that we have in the park. We are very very satisfied!

I also wanted to inform you that we had the premiere of the 20-min film entitled “Loretanos, designing the future of the ocean”. We are currently working on the English version (subtitled version), and I will let you all know as soon as it’s ready.

Ana Salceda is the Director of Communications for the process to examine and revise Loreto Bay National Marine Park’s management plan.

The review process of the management program of the Marine Park has already given its first fruits, and the collaborative spirit prevailed among the over 70 participants from five sectors-commercial fishing, fishing sports, tourism service providers, developers and industry scientist, who met for three days at Hotel La Pinta for listen, think, compare and negotiate the new rules of park.

These 26 new rules include restrictions on use of watercraft within the park boundaries, the adoption of a
new local tax to clean beaches, new permits for sport fishing and ecotourism, linked to the proposal need for specific programs for different activities, Iran with their respective studies of carrying capacity activity. Also regularized system for camping tourism service providers.

Another novelty is the complete protection of several areas of park activities to draw animals or plants, to allow reproduction of the species and repopulate the park. These refuges, fish stocks, fishers have been known as the “Lungs of the sea”, number approximately 10,000 hectares of Park and represent all the ecosystems in the park marine.

These 26 new rules to include within the new management program of PNBL be reviewed and validated by all sectors in the second and final round of the process to be held from 9 to 12 September.