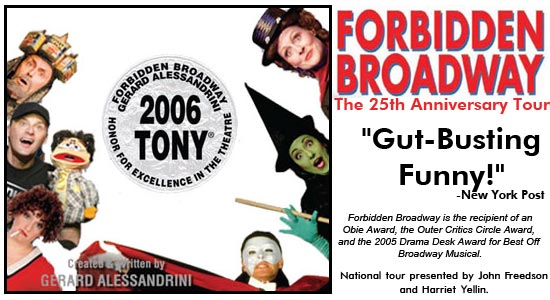 The touring show pokes fun at Broadways biggest and most popular show, and according to the New York Post is “Gut-Busting Funny!”

For those interested in some behind the scenes fun and laughs, check out the after-hours Thursday and Saturday bash in the Curtain Call Patron Lounge for “LIVE piano music, premium wine and the opportunity to “dish” about your favorite parody. Who knows, you may even spot a cast member or two.”