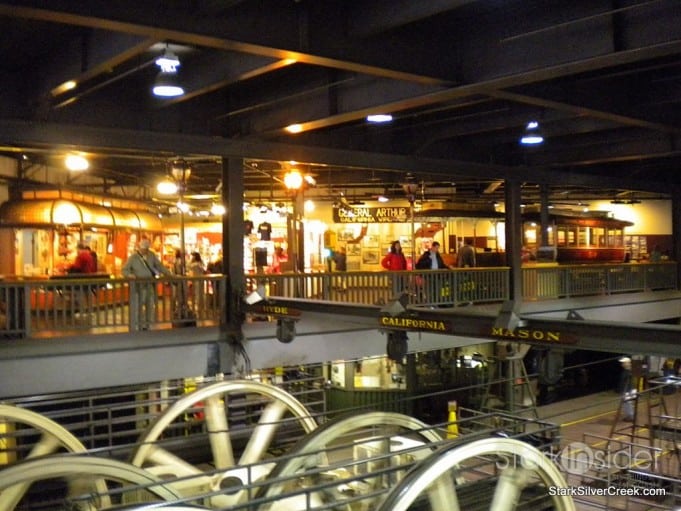 While walking up and down the hilly sidewalk, along Mason street, on our way to catch a bite in North Beach, I spotted a quaint brick building with the sign, “Cable Car Museum”. I hadn’t planned to stop in but curiosity got the better of me and I ventured in to explore.

Entering the foyer of the museum, I noticed that besides the photographs and displays common to most buildings devoted to the archiving of history, there was also the distinctive sounds of the whirl of engines. The cable car museum overlooks the set of enormous engines that still pull the remaining cable cars up and down the hilly streets of San Francisco.

The museum was established in 1974 and provides a great and very accessible (free) way to learn about the rise and fall of the beloved San Francisco cable cars. 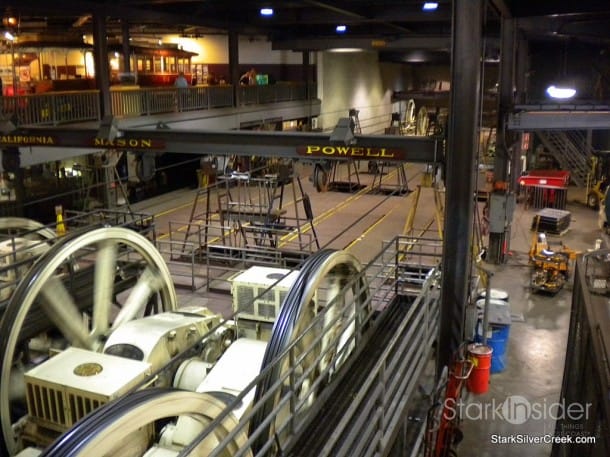 I found it fascinating how cable cars replaced the horses that were used in the city at the time. The cable car invention was less expensive than maintaining horses which had very short life spans because of the wear and tear of pulling carts along the hilly San Francisco terrain. Cable cars also did not create tonnes and tonnes of manure.

The fall of cable cars came about when the earthquake of 1906 wiped out a lot of the infrastructure and surrounding buildings. The cable cars just never bounced back in popularity. Instead the electric car and later, the gas car, became much more prevalent.