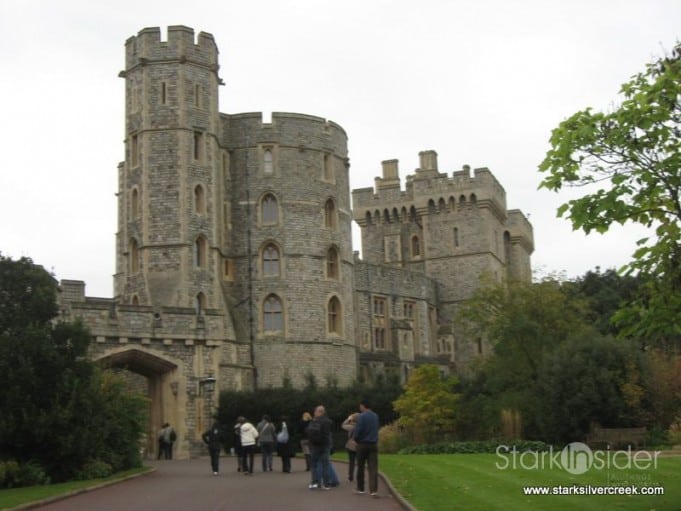 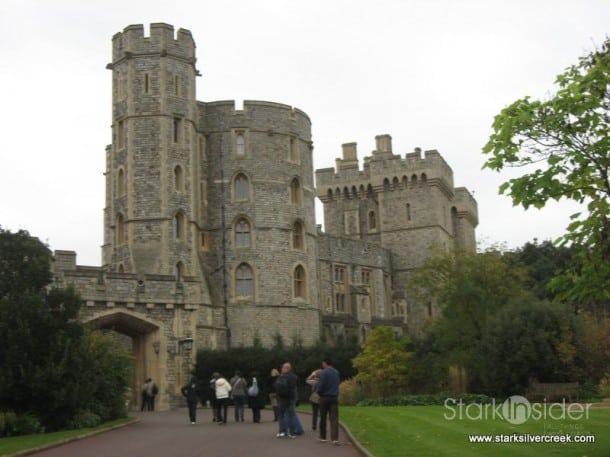 With the latest rumblings around the “virtual” water cooler about Michelle Obama’s hug with Queen Elizabeth breaking royal protocol, I thought I would share my last visit to one of the Queen’s stomping grounds, Windsor Castle.

My visit, unfortunately, was hug-less. In fact, the only glimpses of the Queen I got was on postcards, stamps and books in the gift shop. I did also get to tour the residence and about 30+ rooms in it, all intricately decorated, each with its own history.

There were several highlights of the tour after one got past the grandness of the castle itself. 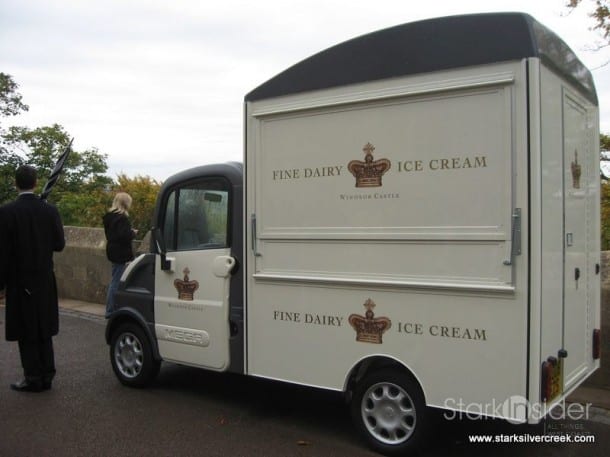 Secondly, Queen Mary’s Dolls’ House. The official Windsor Castle website claims it to be the most famous dolls’ house and if you’ve seen it, you would agree this probably is no exaggeration. No cameras were allowed so if you want to see it, you will need to visit the Queen’s residence yourself. I also don’t think seeing it in photos would do it justice as part of the marvel is the miniature size of everything.

Designed by Sir Edwin Lutyens in 1924, every piece in the house was specially commissioned and made to to scale (12:1) Different pieces of furniture were created by the well-known designers of the time. All the plates are porcelain, and even the royal treasures are made of real gems and gold. However, the absolute astounding discovery was that all the mechanical and electrical equipment in the doll house actually works. When it was first created, you could actually flush a toilet. I was never one to find doll houses interesting, but I never had a doll house quite like Queen Mary’s. 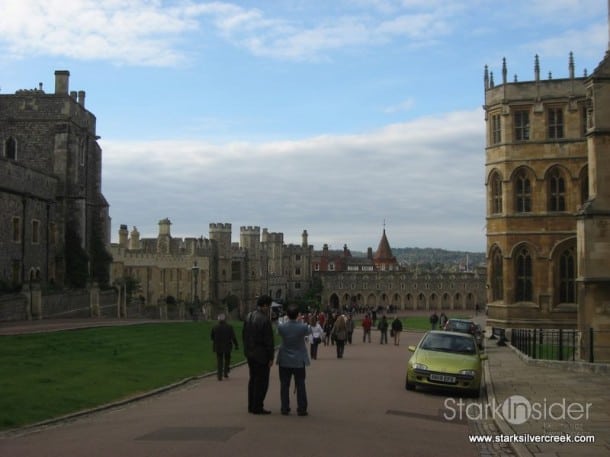 Thirdly, the art collection on display was very impressive. There were several sketches by Leonardo Da Vinci.

Finally, just as I was about to leave, I passed by a guard that was standing in an area specifically so tourists could take photos with him. There was a bunch of tourists standing next to him and trying to make him laugh. If Clint was with me, I think we would have a fun time trying to do this as well. Unfortunately he wasn’t so I just took this photo of him. 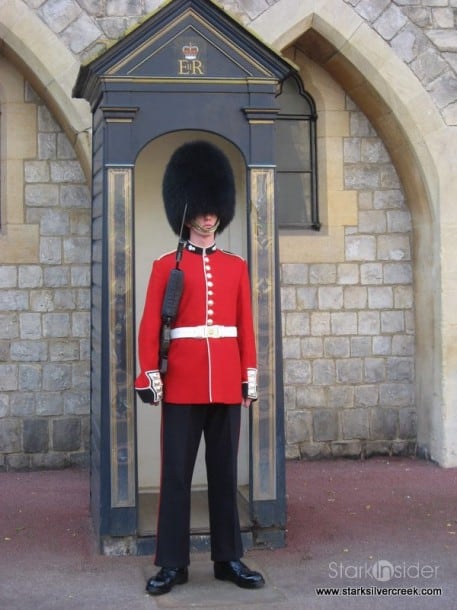