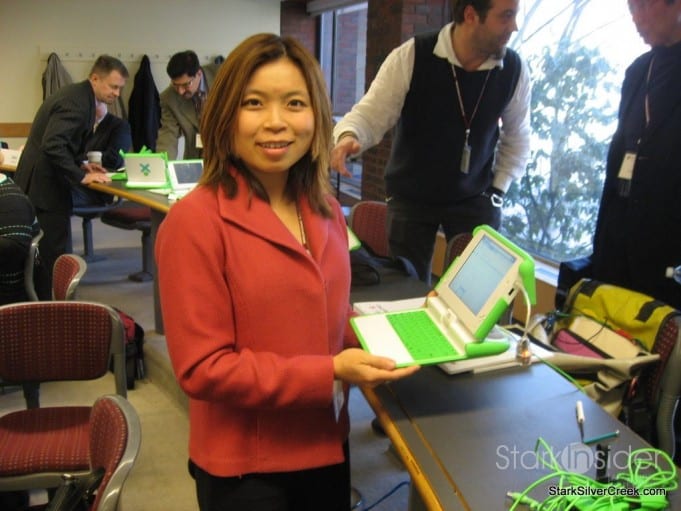 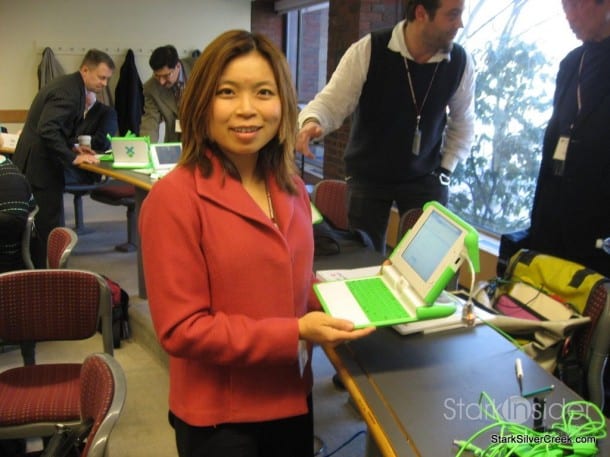 I had the pleasure of hearing Nicholas Negroponte, Founder and Chairman Emeritus of Massachusetts Institute of Technology’s Media Lab and Founder of the One Laptop Per Child association (OLPC), speak at Harvard Kennedy School this past week on the impact of the initiative in the communities that have adopted it around the world.

I always enjoy hearing people speak about things they are immensely passionate about and it is hard not to be moved by the OLPC mission:

“To create educational opportunities for the world’s poorest children by providing each child with a rugged, low-cost, low-power, connected laptop with content and software designed for collaborative, joyful, self-empowered learning.”

To achieve this mission, OLPC decided to innovate and create a laptop called the XO-1 which could be used by children in even the poorest and remote villages. This was done after evaluating laptops that were on the market and finding none of them suitable for the environments and economics this technology must adapt to.

Firstly, the laptops had to be low-cost in order to be accessible to the poorest nations and regions to provide one laptop for every child. OLPC started out with the a goal of creating laptops that are under $100. Currently, the XO costs $180 which Nicholas pointed out meets their goals if you account for inflation between the inception of the idea and now. The cost of every part was scrutinized. The camera feature on the laptop almost didn’t make it into the XO, but they were able to find a camera for under $2 which is usually sourced for cell phones.

Secondly, the laptops had to be low-powered since many of the regions’ electricity is a sporadic and precious resource. As Nicholas noted, the top priorities are, “Power, power, power”. The XO is designed to run on 4-5 Watts as opposed to conventional laptops which need about 35-40 Watts. Because many of the regions the XO would travel to have sporadic and uneven power grids, the XO is designed to be resilient. The low power usage also means it can be supported by portable solar panels or human-powered generators. The battery life is also meant to last for five years which is much greater than the average life span of conventional laptops. 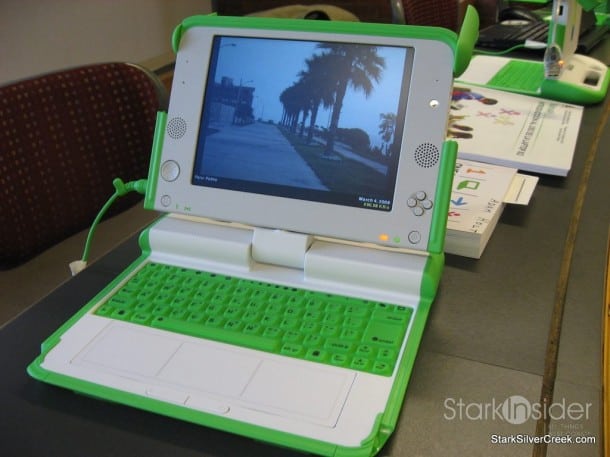 Thirdly, because these laptops are for children, they have to be rugged. During the presentation, a couple of these laptops were thrown on the floor to demonstrate this.

I asked about the maintenance of these laptops once they reach their destination. This was also a major design consideration. With 900 parts, the XO laptop has significantly fewer parts than conventional laptops. The goal is to reduce this down eventually to 100 parts. The laptop is also easy to take apart and put back together with a screw driver so that even the children themselves can perform much of the maintenance.

Nicholas also shared the reason the laptops were green and white. It is not because green represents environmentally friendly, which the XO is also designed to be. Instead, Nicholas told us a story about the first time he met the Head of State of Nigeria on a visit to discuss the One Laptop Per Child initiative and in front of the full cabinet, the Head of State told Nicholas he thought the laptop was “enchanting”. Nicholas was so taken aback by this compliment that on the next visit, he told the Nigerian government that they wanted to return the gesture by making the XO the color of their national flag. Hence, all the XO laptops are white and green.

I did see a rare specimen of a red and white XO which is not available and was only shown during the presentation.

The next generation XO-2 is expected to come out late 2010 and the initial concept photos shown of them looked fantastic. Much slicker design, almost like two iPhones connected together.

It was a great opportunity to hear straight from Nicholas Negroponte on the progress of the OLPC initiative and to actually get to play with an XO laptop.

You can’t actually purchase one of these laptops except during the charity program during the winter holidays that have run for the last two years. It is unclear currently if this program will be available this year.