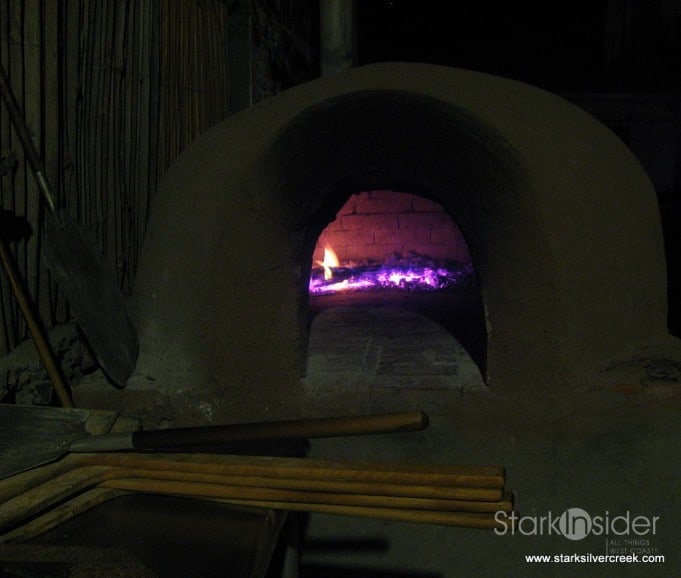 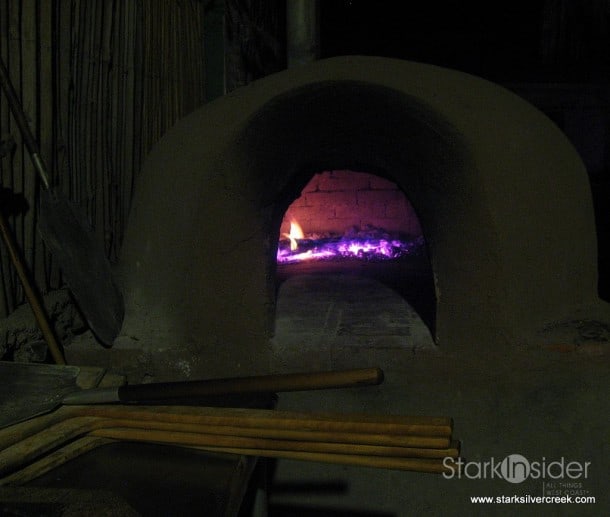 After a long day of dealing with the primary reason we were in Loreto — to check on our Casa del Lagarto Azul which had been issued a Certificate of Substantial Performance — we met up with Baja Barry, Pat R. and Laurie S. for dinner. The word was out that a new Italian restaurant had opened in the town of Loreto, Il Campanile.

We all crowded into our trusty Alamo rental car and headed into town after meeting at the Inn at Loreto Bay lobby. Unfortunately amidst all the chatter as we headed out, Clint and I don’t recall where this restaurant is so you will need to ask around and like all things in Loreto, someone will surely know. We do know it is on Benito Juarez.

When we arrived, the doors of the restaurant were flung wide open and there was a warm glow of incandescent lights emanating from the place. We chose a table close to the window and the bar area. A friendly waiter, who had a very good command of the English language, greeted us. He proceeded to tell us a little about the restaurant which indeed had just opened. They were going to have a grand opening in a few weeks once they had the menu settled and the staff completely trained. 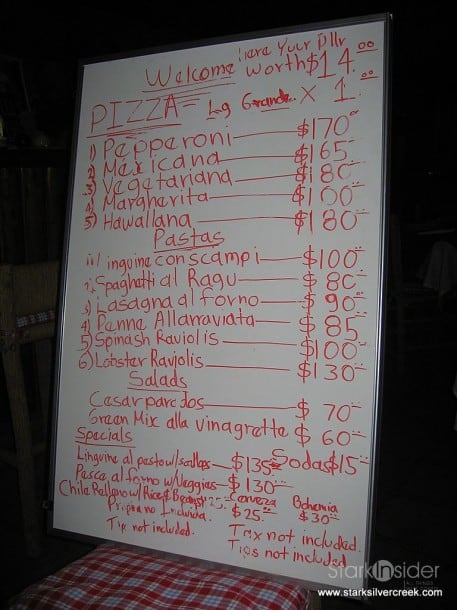 The menu for now, came written in red ink on a whiteboard which was settled on a chair for everyone at our table to see. We all called out the dishes that looked most appetizing to us and by the end of it I knew we had a balanced selection of a Cesar salad, four selections of pasta and a vegetarian pizza.

Yes, it was a lot of food and by the end we were stuffed. My favorites were the Spinach Ravioli and the Lobster Ravioli. The spinach ravioli had a very rich cream sauce and the raviolis were very tender. My least favorite dish was the Penne Allarraviata which was a little too simple for my preference. We were told by the owner, Manuel O Cota, that everything is made fresh in the restaurant and the apple pie is even made the night before. After he mentioned the pie was homemade and his specialty, we had to order a slice to share just to try it out. 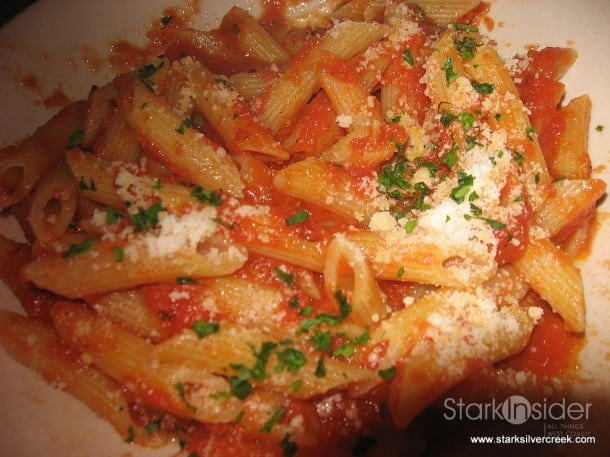 Even though we were all full, we managed to sneak in some pie and with great teamwork, we were able to polish off the slice of pie. It was very different than the apple pies I’ve had here in California; a much more robust nose and taste of cinnamon in Manuel’s version. The lattice work on the top was exquisite.

After having some good food, Manuel was nice enough to give us a tour of the back area of the restaurant which houses the pizza oven used to bake the pizzas. 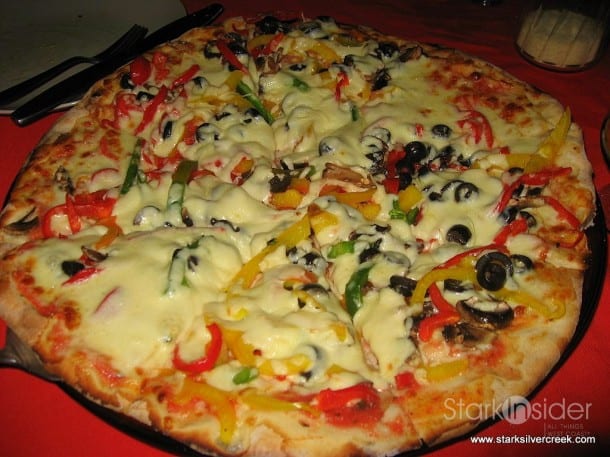 We had an enjoyable meal there, sharing in Loreto Bay gossip and enjoying the hospitality of Manuel and the rest of the staff at Il Campanile. By the way, at the other side of the restaurant there were a couple of folks from Alvarez & Marsal who had dinner and left before we did.