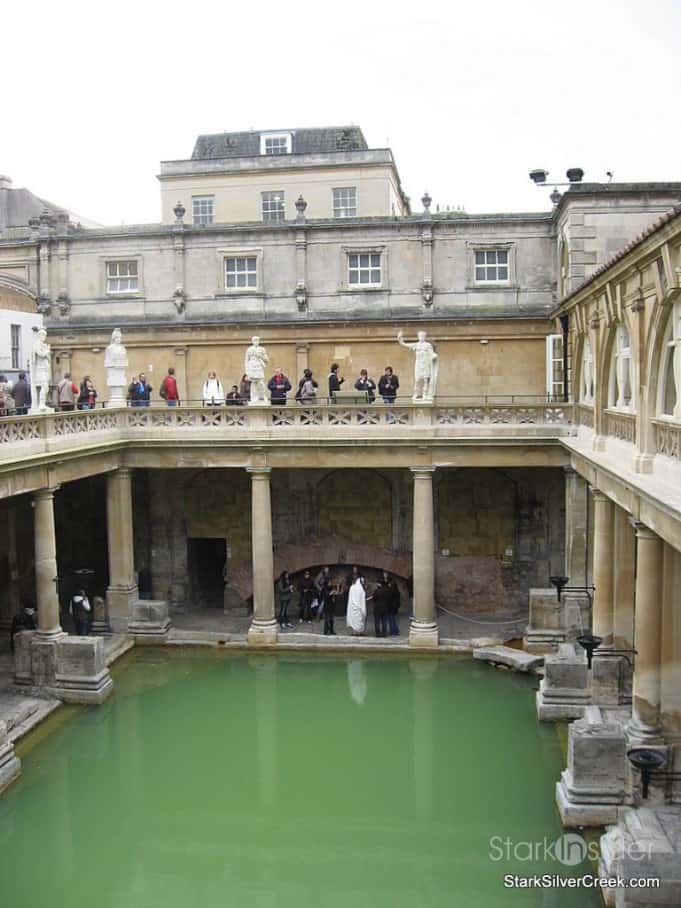 After staring at a pile of massive stones called Stonehenge, I once again boarded the tour bus to head out to The Roman Baths in Bath, England.

Our tour guide, the epitome of a proper British gentleman, stood tall and proper at the front reciting the colorful history behind The Roman Baths and the surrounding city. Having spent a couple of days in Rome a while back, I wondered how The Roman Bath would compare to the grand Colosseum, Pantheon and other ruins that seem to protrude up amidst classic buildings and modern skyscrapers.

When we arrived, I clamored out and headed for the front of the crowd following the tour guide so I could see and hear him properly. A survival skill one learns early in life being often the shortest person. However, I was quickly distracted by the spectacle happening in front of the building to the right of the entrance to The Roman Bath. There was a guy in a pink tutu waving a fairy wand, making exaggerated gestures and yelling profanities at a crowd that found this humorous. 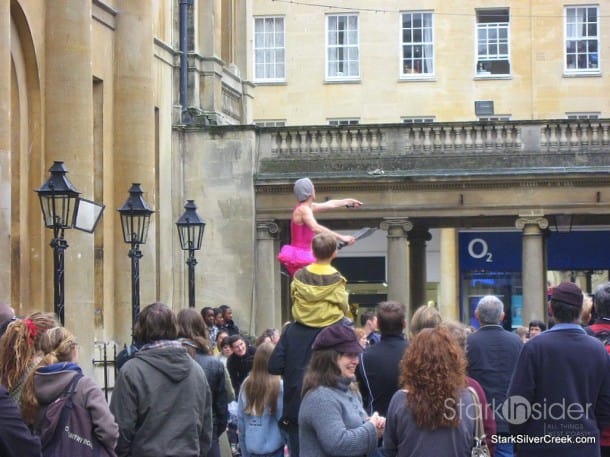 I was torn away from the perplexing event as the line in front of me started to move. Like little sheep we passed through security and into the damp moist interior of The Roman Bath, a public bathhouse that was built around a hot spring.

It was definitely not as grand as many of the structures I saw in Rome, but I was struck by how well preserved the building was in general. Stone, marble and bronze are all very valuable commodities and many of the beautiful old buildings over time get pillaged as rulers rise and fall.

I found the mosaics on display very inspirational, since once I get some time, I would love to design and create a mosaic for our little wine cellar in San Jose. A project which I will one day get to. When I do, you dear reader, will come along in that endeavor.

There are areas you can see the hot water still flowing from the spring and it gets quite steamy.

While we were in front of one of these tunnels of hot water, I overheard someone mention that if you go to The Pump Room, and for 50p you can try a glass of the spring water. Now this was an experience I had to try. After navigating through the gift shop which one invariably gets dumped into after a tour of any monument, I hunted down The Pump Room and found the area they were serving the glasses of hot spring water.

Although the sign said 50p, the woman behind the serving table shrugged her shoulders when asked about this and keep filling glasses and setting them on the table in front of her. I grabbed a glass and starred at the contents with great curiosity. 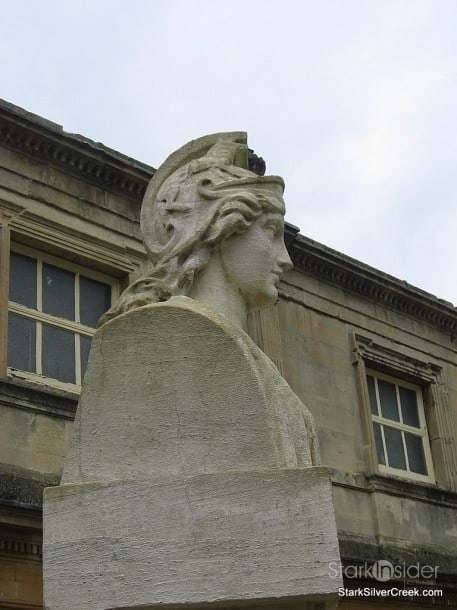 The water smelled terrible and did not look very appetizing either. I thought back to the story of the first time my parents-in-law had dim sum with my parents and we ordered chicken feet just for fun. I did question for a moment if the locals just stood outside peering in a chuckle at the tourists that were paying to taste this unappetizing looking and smelling water. 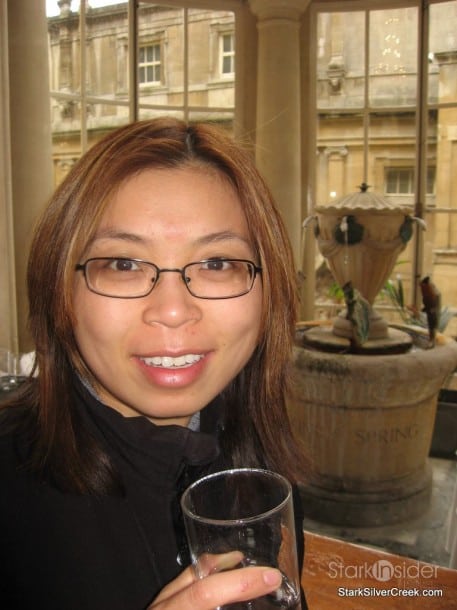 The thought of not drinking the water did cross my mind, but I had traveled all the way here and what would be the point if I didn’t get the entire experience. So I held my nose and chugged it. By now, it was an exercise of mind over matter. The water had a distinct mineral taste to it and if it had come out of my tap at home, I would have been calling my city water company complaining.

Here, I stood there for a moment and marveled how I had drank the water from the hot springs of The Roman Bath.

Okay, the moment has passed.

I then realized I had only a while left before the tour bus departed from Bath. I quickly left The Roman Baths and toured the rest of the city. After having that “interesting” after taste from the hot spring water, I took liberties of visiting fudge and candy shops and sampling all the goodies.