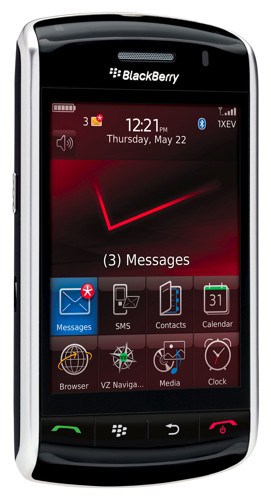 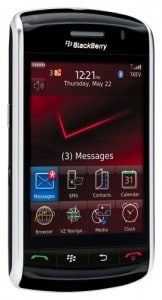 Mike gave us his first impressions of the BlackBerry Storm last November. Like any cell phone these days, the price a consumer will pay for it all depends the market conditions and whether they are willing to commit to a service plan for an extended period of time.

In the latest issue of Money Magazine (May 2009, pg. 22), Ellen Florian Kratz breaks down the costs of the BlackBerry Storm and who gets what. The Storm retails for $499, but as most people know, if you commit to a Verizon Wireless service plan, you can usually get it for about half the price. Verizon, according to Money Magazine, purchases the phones from Research In Motion for $400, recouping the loss in phone sales by service plan revenues.

This is generally accepted knowledge similar to how one buys a printer for what I would have to guess is at cost or lower than the cost to produce it. The printer company then recoups losses and a profit through the sale of printer cartridges at a price that can be considered exorbitant at times but strategically priced just below ones impetus to replace the printer altogether.

What I found interesting from the article was the breakdown of where the $400 that is exchanged between Verizon Wireless and RIM goes.

Just under 50% ($187) goes to the actual hardware and packaging. The most expensive piece is the clickable touchscreen which costs $36. Pretty reasonable I think considering this is the defining feature of the phone.
The rest of the funds are split almost equally (~$50) amongst these buckets:

None of these figures really surprises me except the profit on the phone. I thought it would be less. However, when I asked Clint across the breakfast table what he thought, he came up with a profit amount considerably more than $52. It would be interesting to see how this compares to the Apple iPhone….