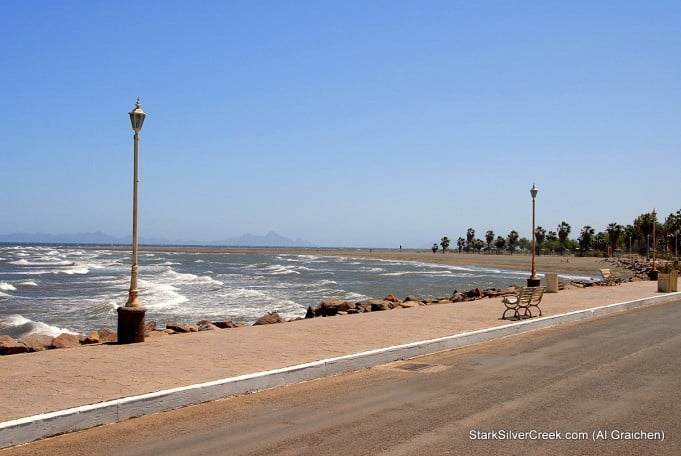 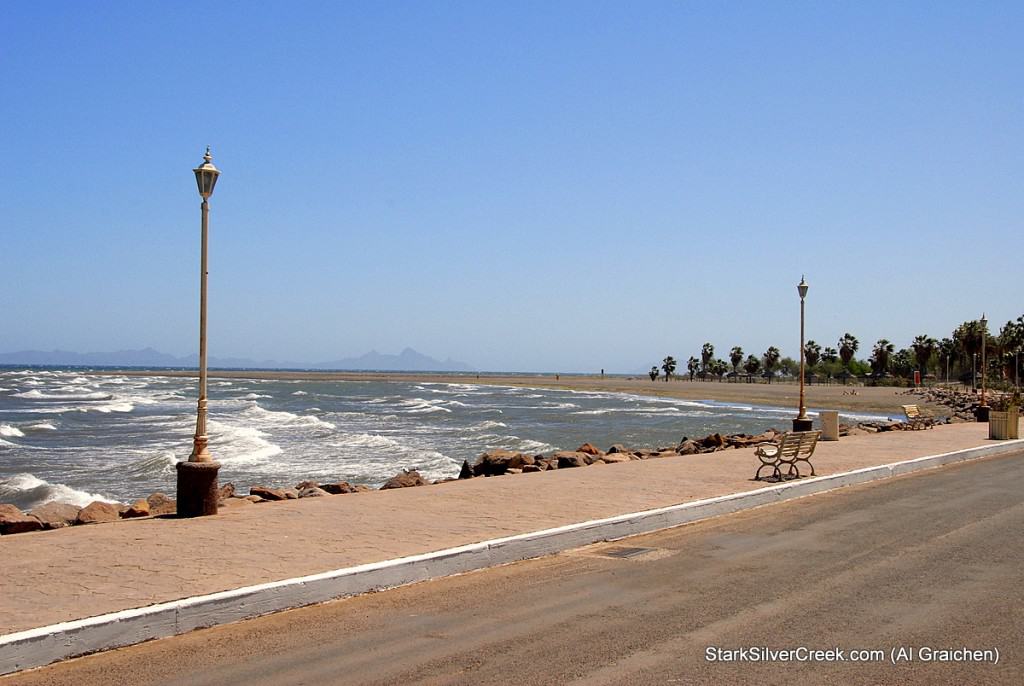 I’m almost feeling a little like New England – just wait a minute and the weather will change. This morning the clouds rolled in and it was quite cool. The weather report said the temperature was 68 but dry so it felt cooler. By 8:30 the sun had started to break through and a bit of warmth was coming in but the projected high of the day is only 76. There’s a ship in the harbor so the additional tourists should have a very nice day to wander around town.

The Founders Pool had more work done on the pumps. From the sawing and voices from the pump room, plus the debris of cut up 3 inch PVC pipe with valves, it seems some rework of the water system was in the works. Later in the day the pump was working and water flowing out of the hot tub into the pool (once again). There’s still quite a bit of cleaning being done but (famous last words) it seems that finally it should be only days away from the official opening.

The E2 HOA meeting was held today. It was the first of the 16 that will have to take place and was almost 5 hours long. It started at 10:00 AM and ran non-stop until just after 3:45 PM. The first major issue that came up was whether there was a quorum of votes present in person or by Proxy. There was an issue with some of the Proxies submitted. On first count only 73% were “present” and 75% is required. A review of the counting of the proxies was conducted to avoid having to adjurn the meeting only to reconvene in 2 hours when only 51% would be needed for a quorum. The recount found that the number present was 81% and the meeting actually began.

A president was elected for the duration of the meeting and 2 “scrutinizers” to assist in ensuring all voting tabulation was correct. During the voting there was a bit of “break time” but for the most part there was discussion going the entire time. Much of the meeting was taken up with introductions and review of what the Sub Regime would need to do. Things that probably will not need to have as much time taken in the future.

The largest issues, at least the ones that got the most people talking, were the costs of Refuse Collection, Doubtful Accounts and Security. All are being reviewed and will continue to be reviewed in order to reduce costs. The amount of Doubtful Accounts has been reduced to only 54 in Founders, one-third of what the Master Regime started with at the beginning of the year. It is anticipated that this will be reduced again as they being the litigation process.

Just as some of the meeting participants were walking out of the Inn, a truck dumped a load of stone on the sidewalk next to the Inn. It appears that the sidewalk that has been missing for quite some time will actually be worked on. In fact there are a number of workers laying stone for the “new” meandering sidewalk and patching the areas that need repair all over Founders. One major comment from construction was that the Paseo (from the Posadas to the Inn) and South Entrance are anticipated to be complete before the end of 2009.