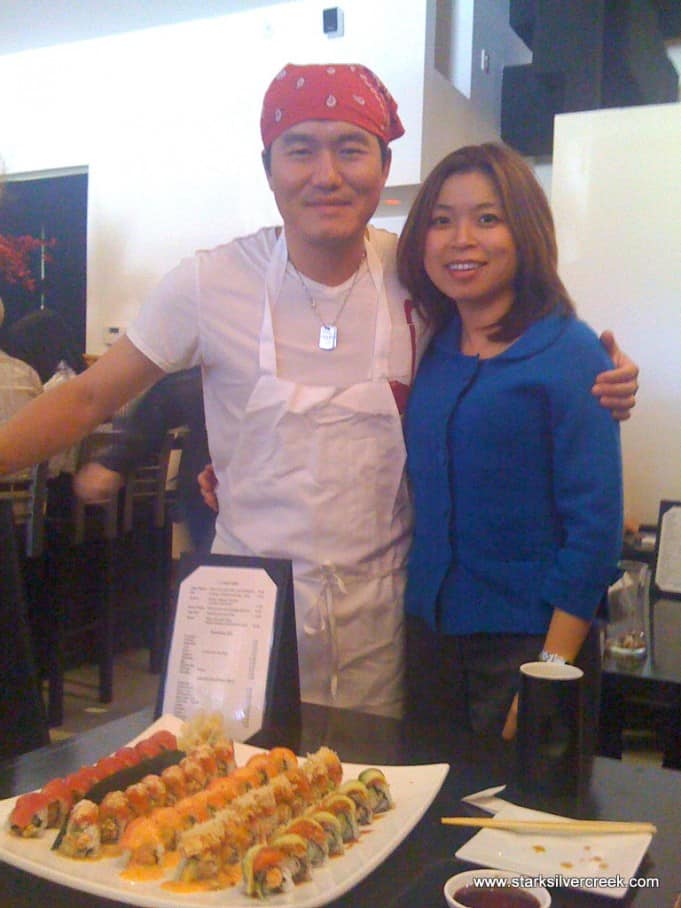 No this is not the lyrics to a Katy Perry song.

Tomo Sushi was started by two friends. Steve owns the Austin location. The other Tomo Sushi is located in Dallas and managed by his friend. The rolls have very creative names and I was told that the naming of the rolls usually happens over a sake-drinking session. One of the most unusual names is “Screaming Orgasm”. The name of this dish amused Steve as there were patrons who would want the dish but be too embarrassed to order it.

My colleagues have been raving about Tomo Sushi out in Austin Texas for ages. This past trip to Austin afforded me the opportunity to find out whether this sushi reigns supreme.

Boys and girl, the secret ingredient is raw fish.

The meal started with a light salad which teased one’s appetite and heighten the anticipation for the raw fish.

The first dish is a selection of sashimi slices arranged like art on a white canvas. The visual interest heightened the experience. My first impression: incredibly fresh fish and the keen taste buds of the chef to balance the light sauce and visual interest to complement the delicate flavors of the fish. Never overpowering. Perhaps if I was less hungry and with colleagues who didn’t like sushi as much, I would have taken my time. But no, this was not the case and so like predatory cats, we polished this plate clean. 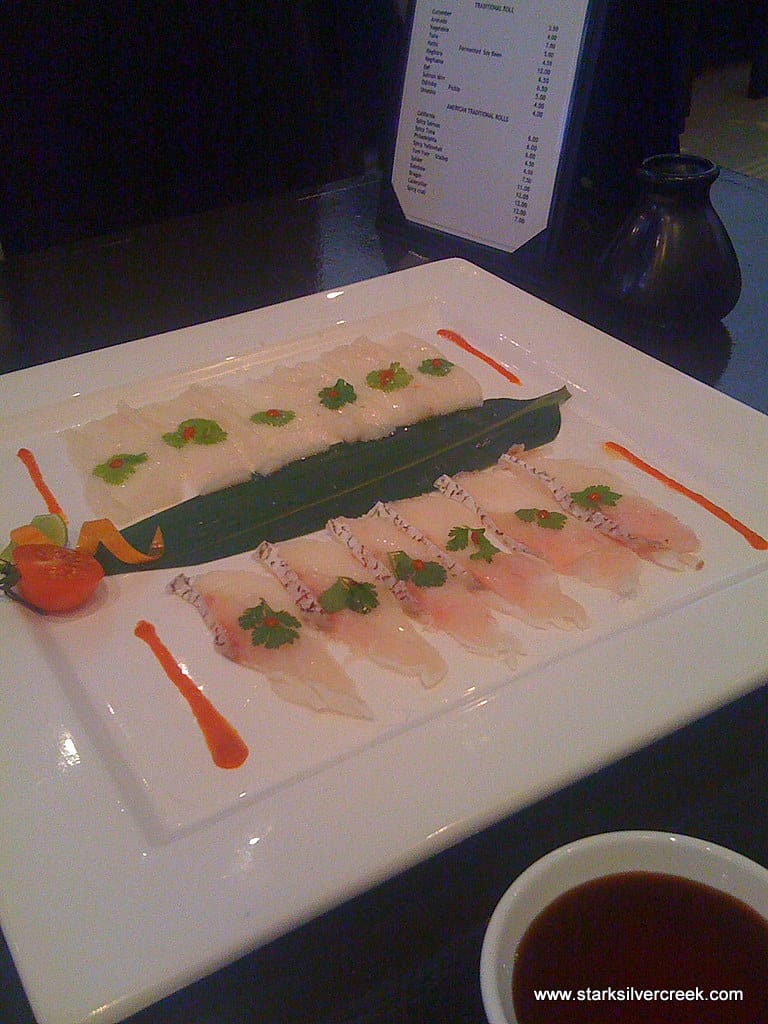 The second dish was a selection of nigiri sushi. My favorite was the salmon which was incredibly fresh, light and buttery. Unlike many other sushi restaurants, the nigiri came with a special sauce that the chef prepares so there is no need to dip in soy sauce. I love the combination of cool raw fish and hot green tea. 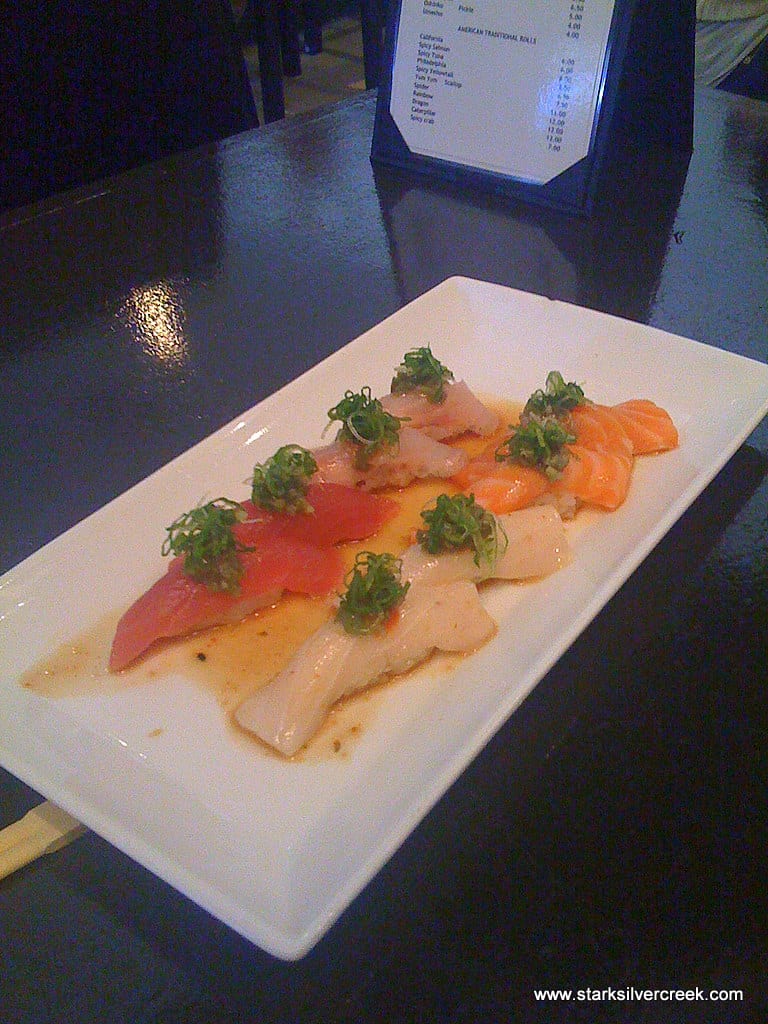 Yet the climax of the meal was the third dish. An incredible, indulgent plate of rows and rows of sushi rolls. We tasted each and ranked them from most to least favorite.

The verdict from T—, C—, and me of the rolls we tried (results were unanimous):

Our favorite: The Ex-girlfriend roll (Crab, avocado, spicy tuna with halibut tempura and spicy mayo). The texture started off exciting with panko crumbs on top. Past the crunchy texture of the panko crumbs, one’s tongue is met with the sweet and spicy sauce and the perfect balance of the rest of the ingredients. The first bite of this roll led me to visual flashes of the orgasm scene from “When Harry Met Sally”.

Did Tomo Sushi live up to its reputation? Absolutely. I am glad it is in Austin and not in San Jose. If it was located in the latter location, I think I would turn into a Sushi Roll. 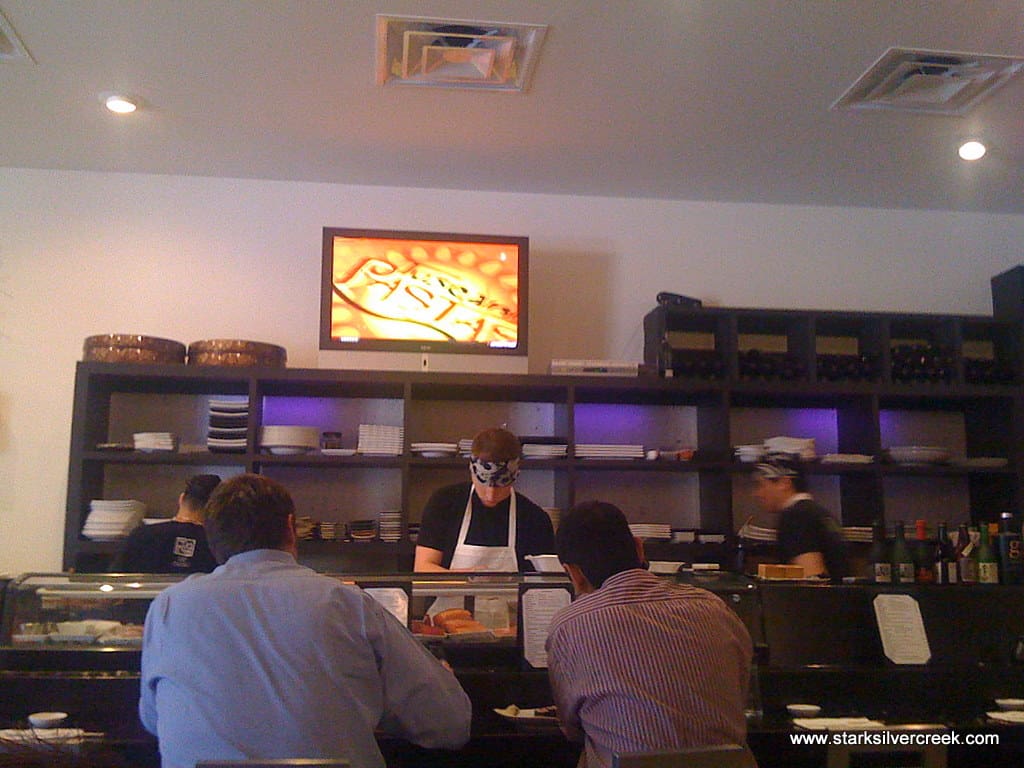 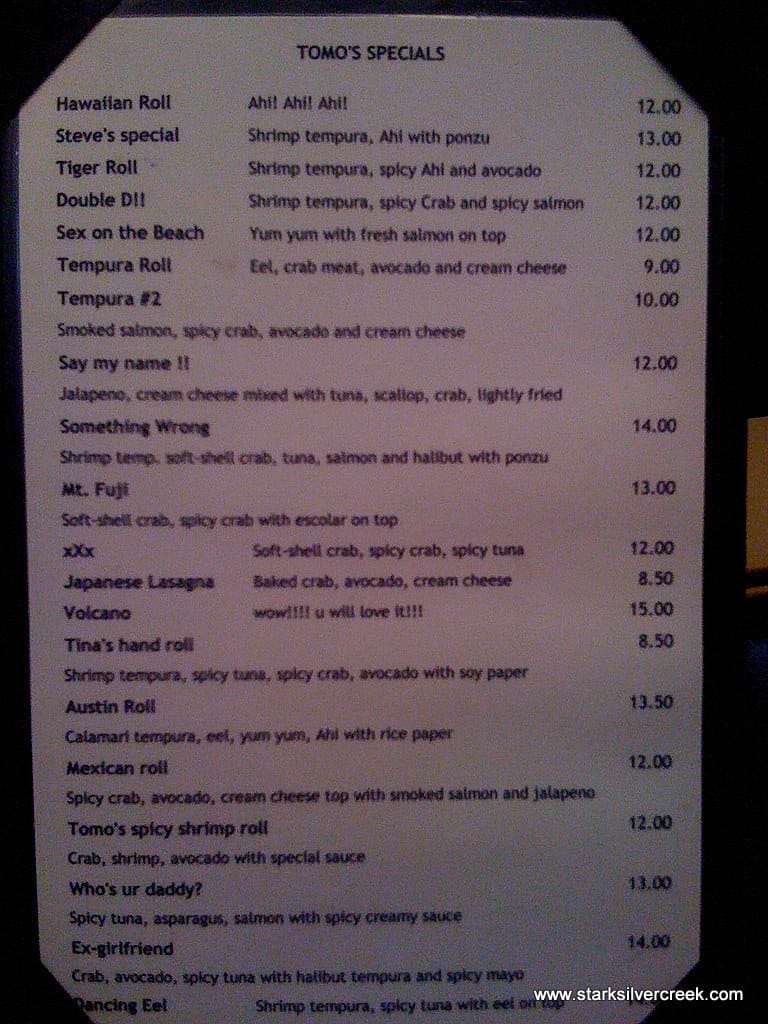 P.S. I am watching Anthony Bourdain Tokyo and Anthony is eating sushi. It is making me very hungry.